The freedom of movement is a fundamental human right, whether it’s the right to cross a border in search of a better life, or to drive to the store without fear of arrest.  No human being is illegal. Migrant Justice fights to secure the right to live free from discrimination and fear. 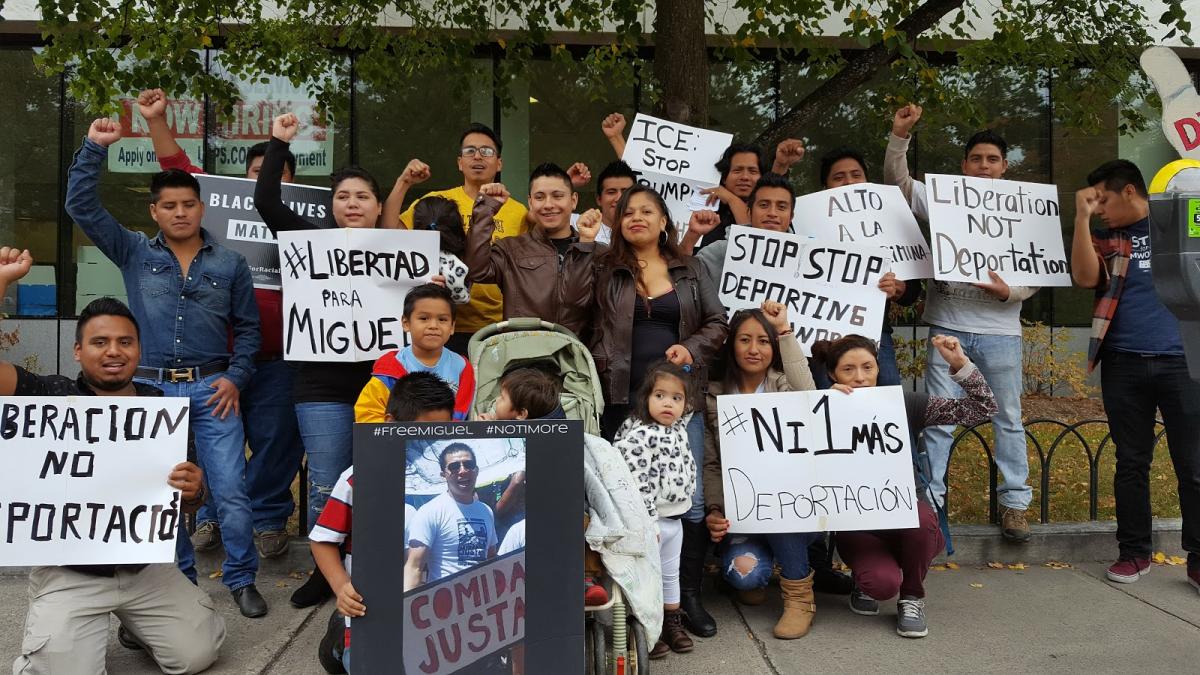 “Hundreds of thousands of families are being separated due to deportation and Vermont is no exception. This is happening here” - Enrique Balcazar

Mass deportation and the criminalization of immigrants are inhumane policies that terrorize communities, separate families, and make workers more vulnerable to exploitation.  Border Patrol and ICE agents blanket Vermont, arresting immigrants in front of their homes, on the street, or at the supermarket. As part of a national trend, ICE has particularly targeted Migrant Justice and its leadership for surveillance and arrest.

Migrant Justice organizes to stop deportations and to free immigrants from detention.  Through public campaigns, we have freed from detention and stopped or delayed the deportations of many members of our community, including: Danilo, Eliazar, Victor, Miguel, Enrique, Zully, Jose Luis, and Alejandro.  We continue to fight to protect our community from deportation and to win full rights and equality for all immigrants.

“We want Vermont to be a state that welcomes immigrants, where we don’t live in fear, where we can work freely without being afraid to go to the store, where families won’t be scared to bring their children to school. We ask that as legislators of this state, that you support us in our struggle, because we can’t do it alone. This is how we won the initial Fair and Impartial Policing law. But there are many departments that haven’t implemented the full policy. So we will fight to make sure police respect our rights and don’t discriminate against us.” - David Diaz

Migrant Justice is organizing to ensure that police are not in the business of deportations.  The “Polimigra” -- collaboration between local police and immigration agents -- is a key tool in the policy of mass deportation that is terrorizing our community.  Migrant Justice has fought alongside allies to pass successive laws mandating that all law enforcement agencies in Vermont adopt “Fair and Impartial Policing” policies.

Due to the courageous organizing of immigrants in the state, Vermont’s policy is among the strongest in the nation.  Where it was once commonplace that traffic stops would result in a call to Border Patrol, most departments now understand that immigration issues are outside their authority.  Yet under threats from the federal government, the state is wavering in its commitment to end police collaboration with immigration agents.  Migrant Justice continues to organize to strengthen the state’s “Fair and Impartial Policing” policy and to encourage local departments to go beyond state requirements and create a firewall between local officers and federal deportation agents. 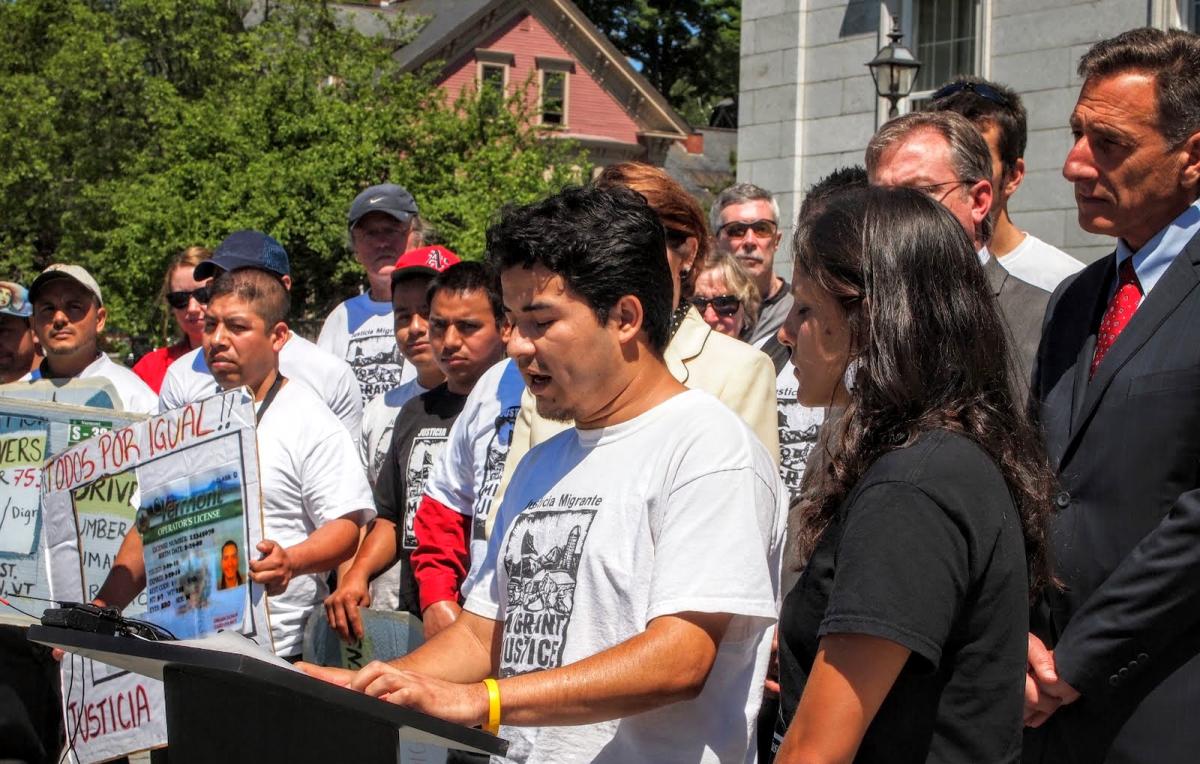 In 2013, Vermont’s general assembly overwhelmingly passed a law allowing access to driver’s licenses regardless of immigration status.  The law represented two years of organizing and alliance building courageously led by immigrant farmworkers, who became a fixture at the Vermont State House during the campaign.  Since the law’s passage, thousands have gotten licenses. Workers and families who once lived in total isolation, with no ability to leave their farms, can now drive to the store, to the park, or to visit family.

Migrant Justice is now working to ensure that members of our community are able to obtain licenses without discrimination or fear of retaliation.  After the law’s passage, Migrant Justice discovered rampant racism at the DMV, including routine sharing of applicants’ information with immigration agents.  Alongside the ACLU of Vermont, we successfully stopped most forms of collusion, yet we continue to fight to ensure that the law is implemented as intended and that all Vermont residents may fully access their right to freedom of movement.