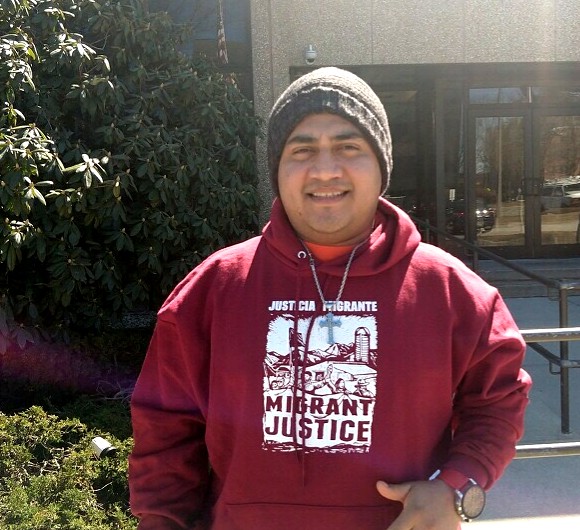 Beto is a leader within the LGBTQ immigrant farmworker community in Vermont.  He came to the United States fleeing persecution based on his sexual orientation. Beto has lived in Vermont for three years, working on dairy farms around the state and becoming involved in Migrant Justice, the Pride Center of Vermont, and other organizations. On December 31st, Beto, was arrested by Immigration and Customs Enforcement (ICE) agents during a court appearance in Middlebury, VT and has been held in detention without bail ever since.

In the three months of his detention, there was a groundswell of community support for Beto. From January through March, ICE received close to 1,200 letters calling for Beto's release, including a letter from Vermont’s congressional delegation. In the weeks leading up to his court date, supporters sent 224 personal messages to Beto full of love and encouragement. Beto’s asylum hearing was postponed, not once, but twice and supporters filled the courtroom each time, demonstrating Beto’s widespread support and community ties before the judge.

The mass outpouring of support, Beto’s steadfast courage, and the hard work of his lawyer have finally paid off. Beto is now free and home with his community in Vermont.  Sí se puede!