"If you want to remember me, organize" 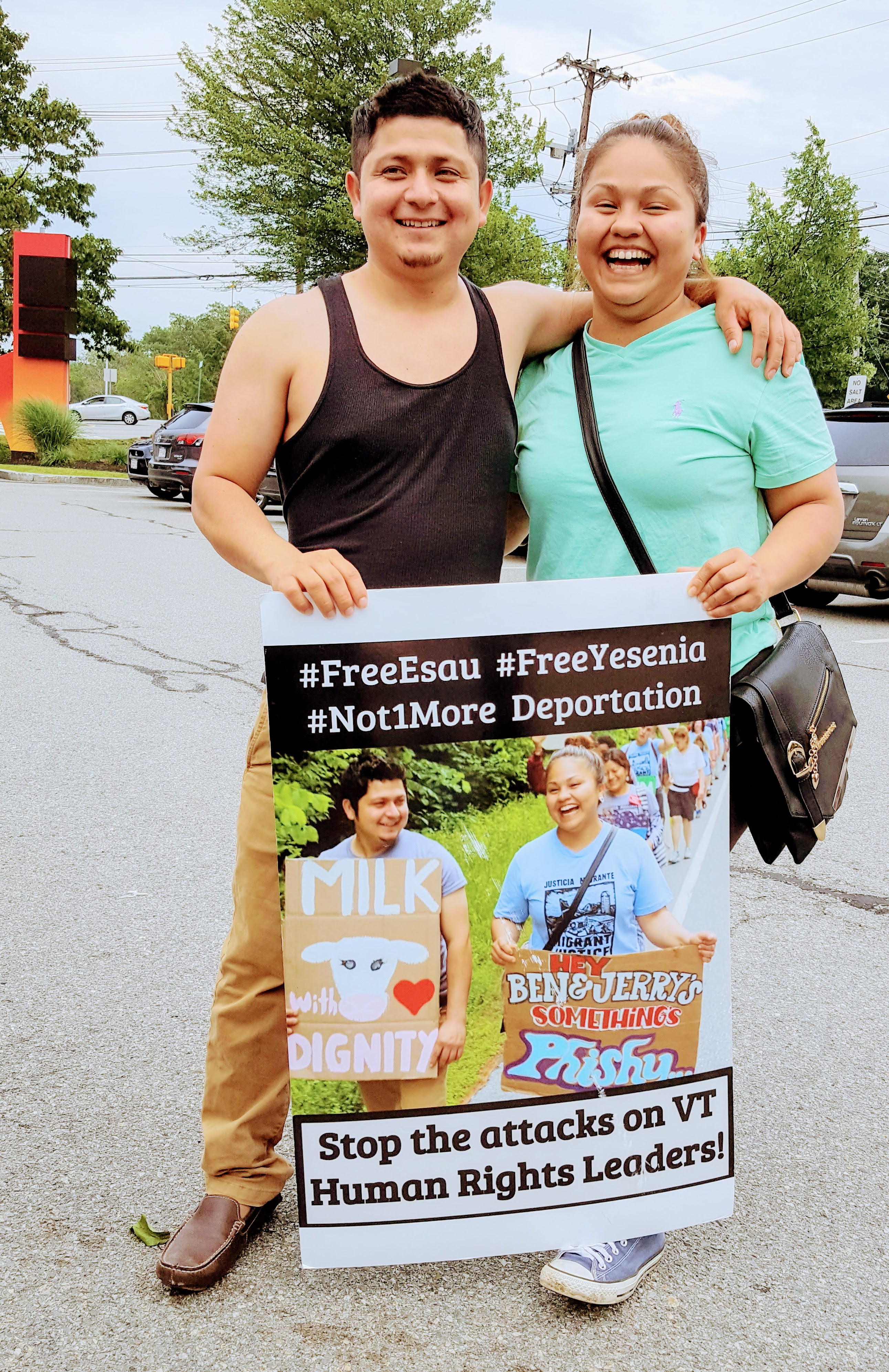 On Friday June 30th, Vermont farmworkers Esau and Yesenia were set free after another community-powered campaign.  The Border Patrol arrest of Yesenia and Esau -- just hours after they led a 13-mile march calling on Ben & Jerry’s to stand up for the human rights of dairy workers in its supply chain -- generated a mass response of outrage. Three rallies across Vermont, national headlines, 1,600 emails to ICE, dozens of letters of support, and over 50 supporters chanting outside the immigration courthouse in Boston were all decisive factors persuading the judge to release the two on bail.

The release of Yesenia and Esau came one day before Migrant Justice leaders Enrique “Kike” Balcazar and Zully Palacios, both targeted and arrested by ICE just months ago, received the National Education Association’s (NEA) distinguished “César Chávez Civil and Human Rights Award” on behalf of Migrant Justice.  Zully and Kike accepted the award at the NEA’s annual conference to a standing ovation from over a thousand teachers from across the country.

The NEA, the nation’s largest union, also honored Migrant Justice with this newly released video, as this powerful group of educators pledged their support to stand with Migrant Justice in its campaign to get Ben & Jerry’s to practice what it preaches by joining the Milk with Dignity Program without further delay.

“César Chávez notably said ‘If you want to remember me, organize.’ Migrant Justice embodies his spirit and carries his torch forward,” said NEA President Lily Eskelsen García. “Migrant Justice is organizing farmworkers to address the challenges they face and bringing about systemic change to improve and advance their fundamental human rights. They are a national model for their cutting-edge human rights organizing and concrete victories. Migrant Justice motivates us, inspires us through their deeds and actions, and embodies what is just and right about César Chávez.” 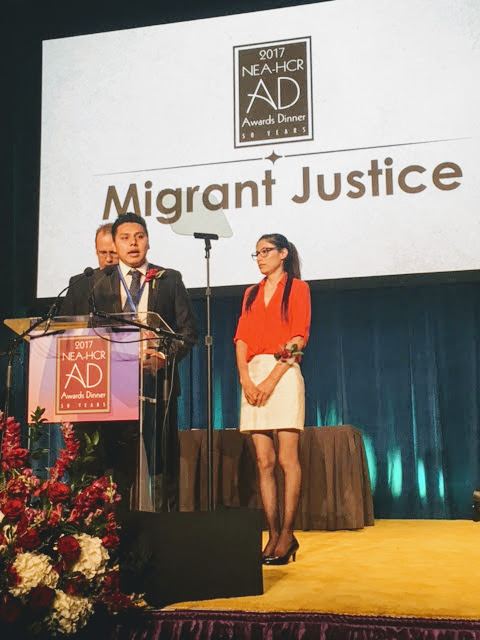 “Migrant workers who put in long, hard days on our state’s farms deserve fair wages, fair benefits, and dignified treatment,” said Martha Allen, a K-12 librarian from Canaan, VT, who serves as the president of Vermont-NEA. “As fellow Vermonters, these hard-working people are more than just the folks who literally put food on our tables; they are mothers, fathers, brothers, sisters, daughters, sons, husbands, wives – they are our friends. Please know that as fellow working people – as fellow Vermonters – we stand with you in your fight for dignity, fairness, and power.”

Teachers aren’t alone in supporting the courageous organizing of Vermont farmworkers.  This honor comes on the heels of an outpouring of public support for the Milk with Dignity campaign following the 13-mile march on Ben & Jerry’s. The campaign has received the backing of 15 distinguished human rights organizations -- including Human Rights Watch, the Columbia Law School Human Rights Clinic, and the ACLU -- who penned a powerful letter to Ben & Jerry’s, and a pledge of support from national faith leaders with the Presbyterian and Methodist churches, representing millions of parishioners.

With no agreement with Ben & Jerry’s after more than two years of negotiations, farmworkers say they are gearing up for the next phase in the campaign and won’t let up until Ben & Jerry’s signs onto the Milk with Dignity Program.