Eli to be Freed! Time to March on ICE! 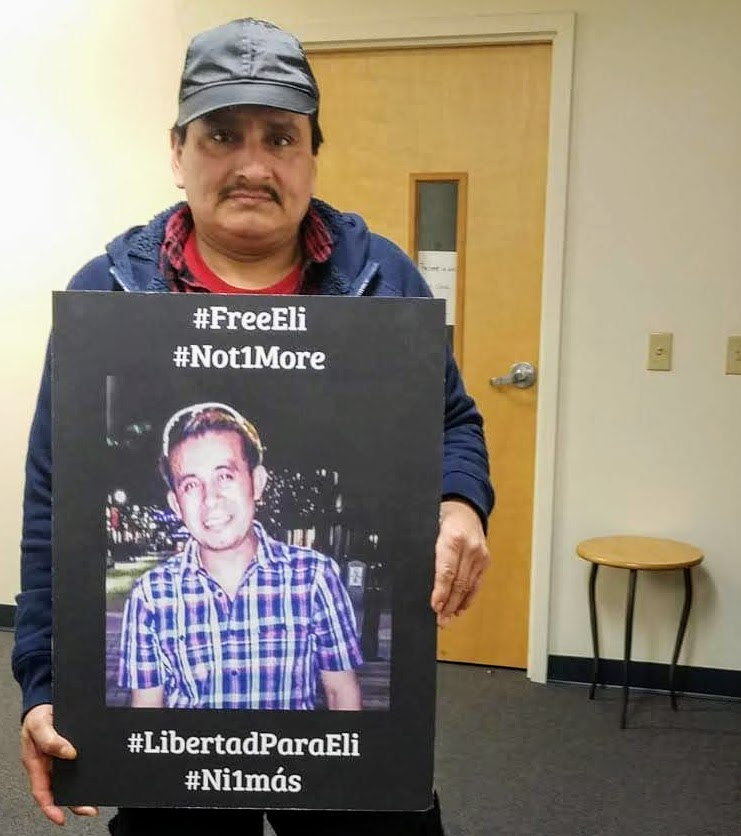 As we celebrate this victory, we need to escalate our resistance to the deepening crisis of mass deportation. ICE and Border Patrol continue to terrorize immigrant communities; in Vermont, every week sees another immigrant farmworker detained -- at the store, in the street, or on the farm -- and thrown into deportation. Migrant Justice members like Eli have been especially targeted.  The persecution of immigrants must end!

See you in the streets!

p.s. The immigration judge who heard Eli's case today ordered his bond dropped from $14,000 to the lowest possible amount allowed by law: $1,500. Thanks to the Vermont Freedom Bail Fund for posting Eli's bond!