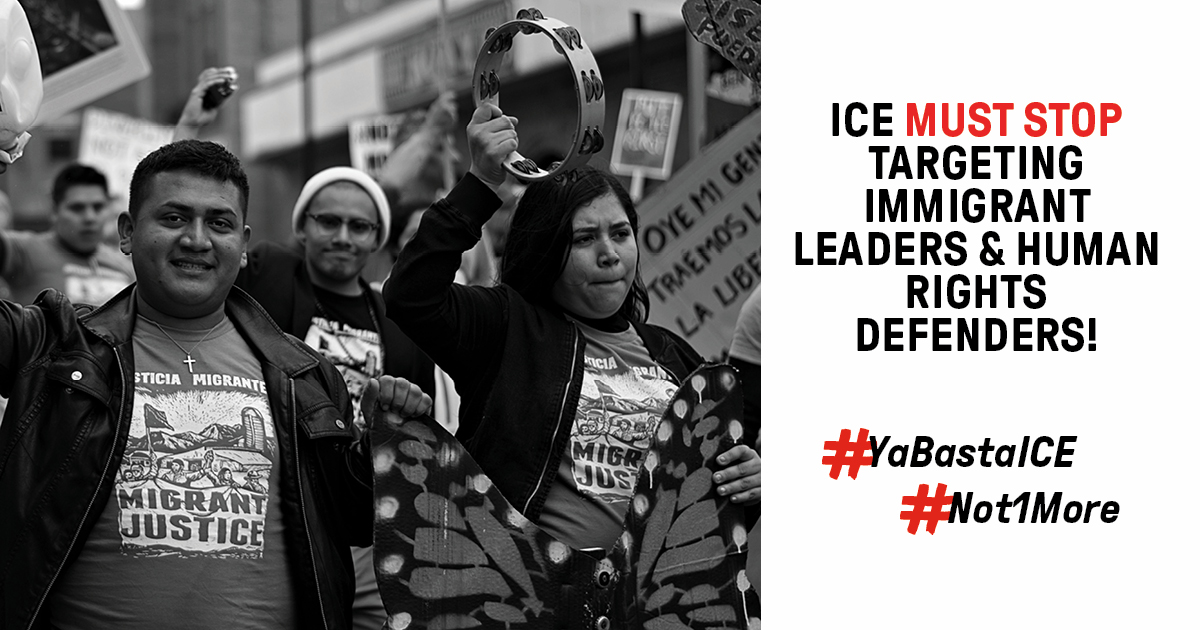 The 40-page lawsuit is full of details showing an undeniable pattern of ICE targeting, including use of informants, electronic surveillance, and retaliatory arrests.  Much of this evidence has been revealed through federal Freedom of Information Act requests, though much more information remains redacted.

ICE clearly knew about members' roles in the organization.  The agency compiled dossiers on Migrant Justice leaders, including social media pages and media appearances.  Arrest reports refer to Victor Diaz as “a member and associate of Migrant Justice."  Agents mockingly referred to Enrique as “a famous person” after his detention.  Arrests were targeted and retaliatory.  When ICE agents arrested Miguel, they told him to tell Enrique that he would be “next.” Several months later, Enrique and Zully were arrested soon after leaving the Migrant Justice office.  Arrests were exceedingly agressive, with members surrounded by armed agents and pulled from their cars.  Once in detention, members were denied access to attorneys and explicitly prohibited from calling Migrant Justice.

ICE planted a confidential informant in Migrant Justice and used the informant to gather information about the organization and its members.  ICE used this information to track down and arrest members.  ICE has also engaged in electronic surveillance of Migrant Justice and monitored organizational and members' social media accounts.  The night before her arrest, Zully received a notification from her email server that someone had attempted to hack her email.  During her arrest, agents referred to her using a nickname that she had only used in private correspondence.  ICE agents also spread damaging and incorrect rumors about Migrant Justice, falsely claiming that organizers provided information to the agency that resulted in arrests.  This was done to undermine Migrant Justice and our successful human rights organizing.

The targeting of activists and community leaders is unfortunately not unique to Vermont.  In recent years, ICE has retaliated against immigrants in cases that have been documented in Mississippi, California, Washintgon, New York, Colorado, Virginia, Tennessee, and Wisconsin.  Though this practice has accelerated under the Trump administration, agents' targeting of Migrant Justice predates the current administration.  It would appear that Migrant Justice members have been the canary in the coal mine, victims of a policy of retaliation that has been nationalized under the Trump administration. 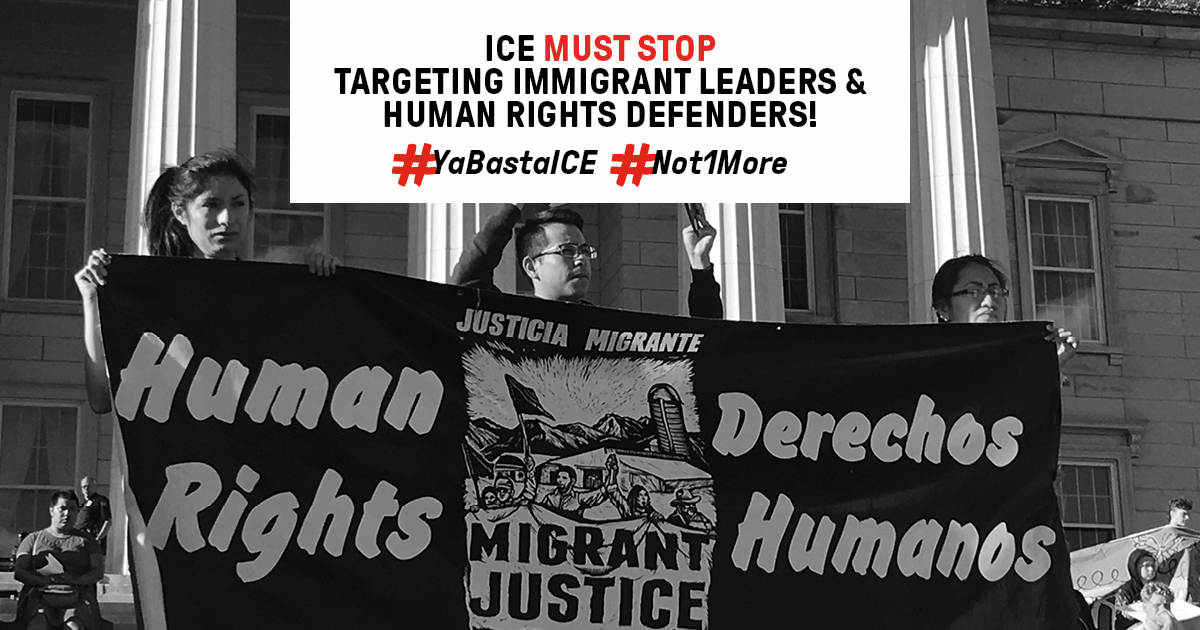