The celebration – held at the Highland Center for the Arts, in the heart of Vermont’s Northeast Kingdom – featured live music from Kat Wright, Pía Zapata, and Tish Hinojosa, a photo gallery showcasing the work of Terry Allen, and home-cooked Mexican food from members of the farmworker community. The event also broadcast a video of well-wishes and congratulations from various government officials, food systems notables, and the founders of Ben & Jerry’s (see the video above). 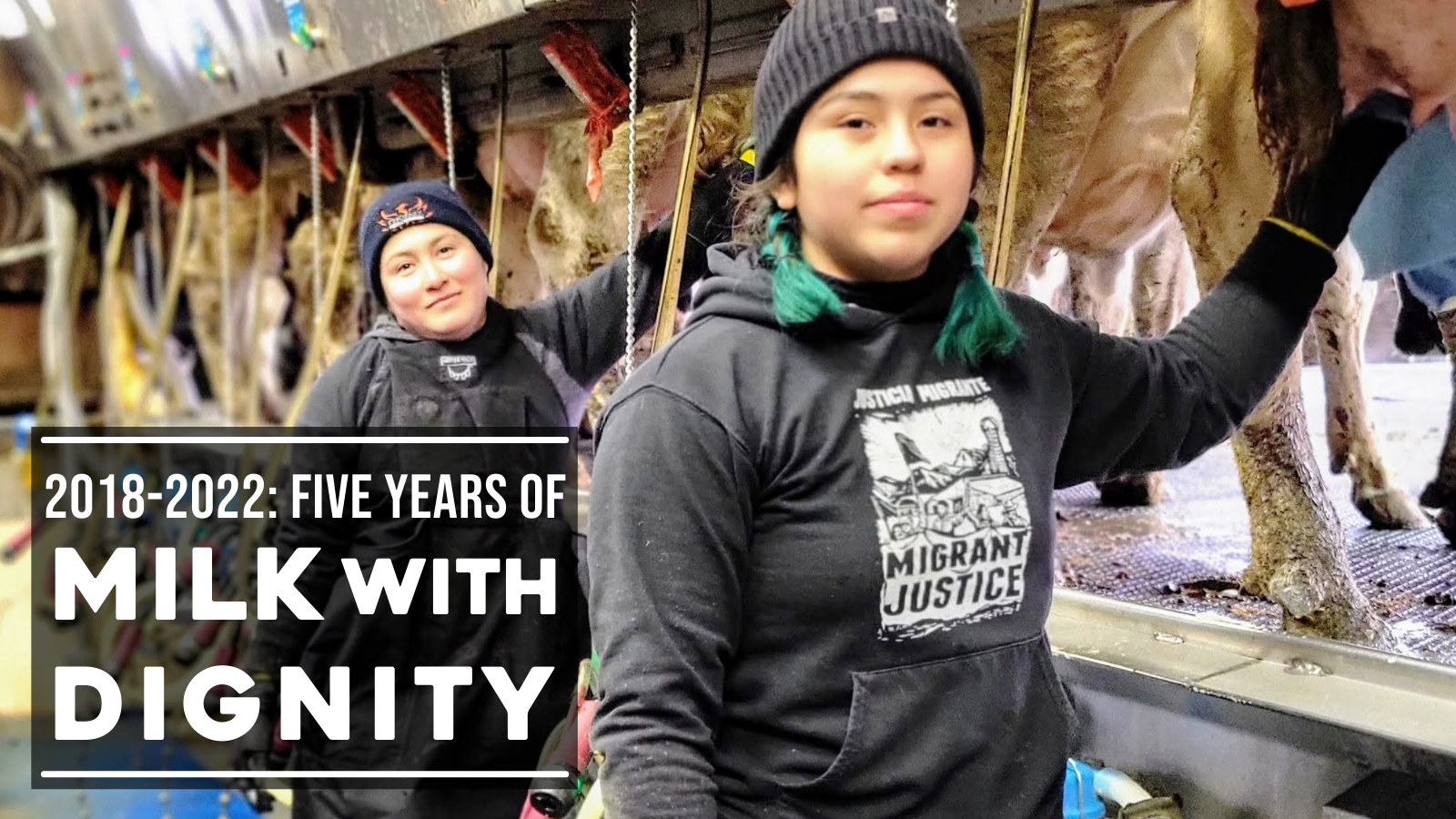 The report details how Milk with Dignity has changed the lives of hundreds of workers on scores of farms in Vermont and New York. Mixing facts and figures with powerful case studies and testimonies from farmworkers and farmers, the report is the most comprehensive document to date showing how Milk with Dignity is bringing “a new day for human rights in the dairy industry.”

Some of the highlights of the Program’s activities over its first five years include:

Milk with Dignity’s diligence and thoroughness make it wholly unique in the dairy industry, setting it apart from corporate-led initiatives that claim to uphold workers’ rights while doing little to make those claims a reality. These worker-centered enforcement mechanisms have achieved unprecedented results. Some examples include:

Read more about these figures – and the stories behind them – in the Milk with Dignity Program Report!

Ultimately, the most impactful testament of Milk with Dignity’s accomplishments come not from the statistics but from the workers who are improving conditions and enforcing their rights. These workers include Juan and Anthony, who used to live in a horrendous, one-room converted office built into the barn and now live in new, quality housing built under the Program; they include Luisa, who has seen improvements in salary, schedule, and housing and who reflects: “We feel more free now. We aren’t afraid of being fired if we ask for something;” and they include Efrain, whose wages have increased 75% since his farm joined the program.

Workers praise Milk with Dignity’s impact while also noting how much work lies in the road ahead. As Efrain notes:

“I’m full of joy thinking about these last five years. I celebrate the changes we’ve made and I believe in a future where there are even more changes, where all workers in the dairy industry feel happy and satisfied with the jobs we have.