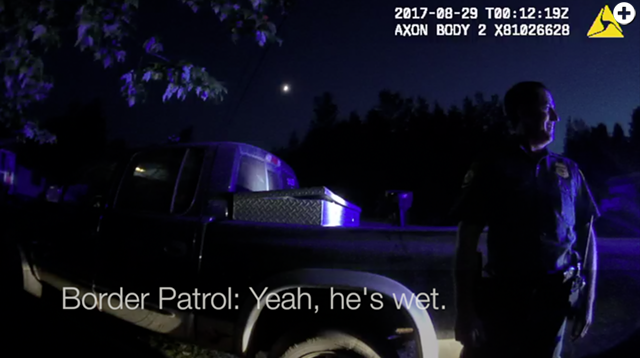 The collusion between Franklin County Sheriff's Department and Border Patrol is just the latest example of a local agency involving itself in immigration enforcement.  Migrant Justice has previously documented extensive collaboration between the Vermont DMV and immigration agents following the 2013 legislative victory granting access to driver's licenses to Vermont residents regardless of immigration status.  More recently, evidence has come out that Immigrations and Customs Enforcement (ICE) obtained applicants' information from the DMV.

Enrique "Kike" Balcazar spoke at the meeting prior to the vote, telling the room full of police:

"As a community, we have fought hard for our rights, to come out of the shadows and live without fear.  I was arrested by ICE earlier this year -- surrounded by undercover agents and pulled out of my car -- because the DMV turned over my personal information.  Because of their collaboration, I am now at risk of deportation.  Vermont is my second home, and I know that most Vermonters value human rights.  This policy should reflect those values." 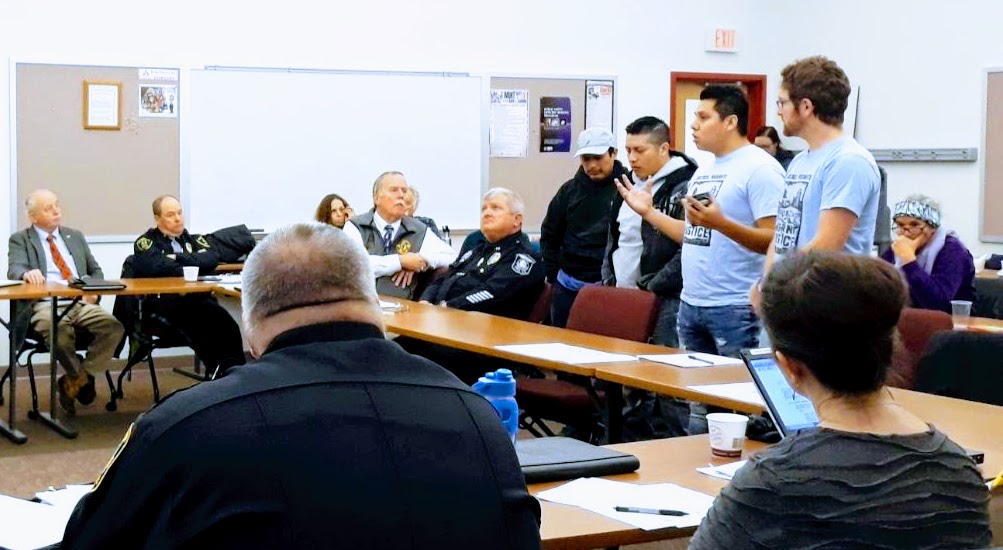 The new policy has been weakened to allow police to:

Police officials claim that these changes are necessary in order to avoid running afoul of federal law and losing funding from the Department of Justice.  Yet many of the changes have little to do with federal statutes and were not even mentioned in a recent letter from the Trump administration questioning Vermont's policy.  Furthermore, courts have roundly rejected Trump's strategy of using federal funding as a cudgel to force local jurisdictions to comply with his agenda of mass deportation.  In ruling after ruling, courts have sided with states that have implemented policy to protect immigrant rights.

Years of courageous organizing by immigrants and people of color in Vermont resulted in 2016 in a robust FIP that upheld the principle of equal treatment under the law.  Though that policy has now been weakened, it still retains significant protections -- preventing police from asking about status in many instances and from detaining immigrants to investigate their status -- and has resulted in real shifts in police practices and culture.  Yet as the examples from Franklin County and the DMV clearly demonstrate, local agencies continue to violate people's rights by collaborating with deportation agents, resulting in detention, deportation, and the separation of families. 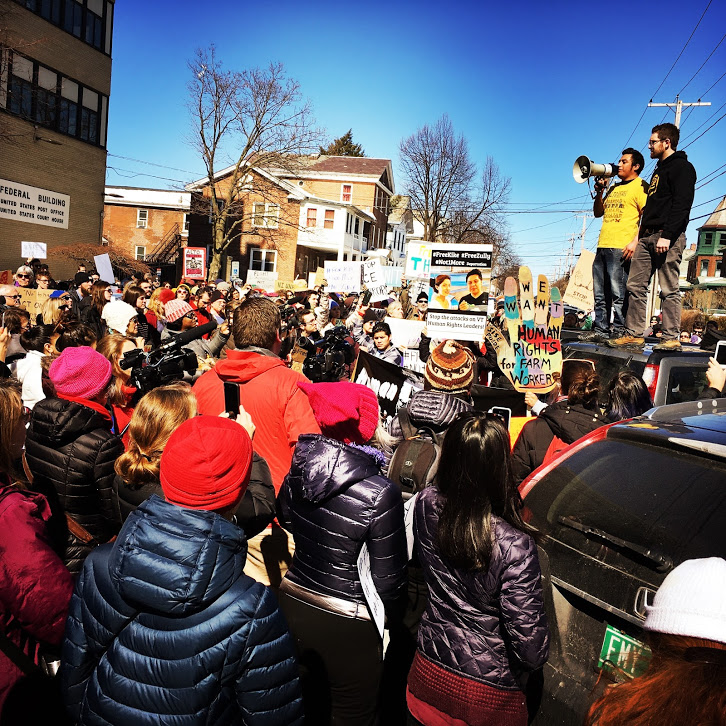 Hundreds rallied to free detained Migrant Justice leaders following their arrest in March, 2017.  The VT DMV had shared confidential application information with ICE prior to the arrest.