Over the last four weeks, the farmworkers behind Hannaford-brand milk have been marching for their rights and dignity. Workers and consumers have picketed in front of the Hannaford Supermarkets on Shelburne Road in South Burlington – one of Vermont’s busiest thoroughfares –  to the approving honks and waves of those passing by. Allies have distributed leaflets to customers informing them of the human rights violations in Hannaford’s supply chains, and workers have bravely shared their testimonies demonstrating why the company must address those violations by joining Milk with Dignity.

If you missed the previous action photo-reports, check out the blog posts from Week 1, Week 2, and Week 3.

The farmworker-led pickets in South Burlington have also inspired allies around the region to take similar actions! Milk with Dignity supporters in Vermont, New Hampshire, and Maine have “adopted” their local Hannafords and engaged in solidarity actions throughout October.

In 2021, after years of farmworkers denouncing abuses, Hannaford created a mechanism for workers in its supply chain to file complaints with the company. In recent months, farmworkers have begun to make use of the complaint line – despite a lack of protection against retaliation. Workers have submitted complaints about a violent attack from a supervisor, housing unfit for human habitation, workplace injuries that have gone untreated, grueling schedules without breaks, and unjust firings in retaliation for speaking up.

The abuses the workers are suffering all violated Hannaford’s stated “Standards of Engagement.” To date, however, none of Hannaford’s “investigations” have been completed. The only response that the company has given so far – to a complaint submitted in May by a worker who was fired after calling the cops to protect his family from a machete-wielding supervisor – acknowledged the incident but failed to take any action to hold the farm accountable.

On Wednesday night, farmworkers and allies marched toward the front door of the Hannaford Supermarket, intending to once more submit the complaints that have thus far been brushed off by the corporation. Hannaford’s response? To block the workers’ passage and threaten the peaceful protesters with arrest if they proceeded.

Hannaford is trying to sweep under the rug the human rights violations happening on farms in its dairy supply chain. But we won’t let them! This coming Thursday, November 3rd, campaign supporters will call Hannaford’s headquarters throughout the day to send a message to company President Mike Vail that we want Milk with Dignity!

Sign up to help drive calls to Hannaford on 11/3 (and if you haven’t done it before, you can join a training on Wednesday evening).

Hannaford may try to silence workers by ignoring their complaints and threatening them with arrest. But united, we are more powerful. Stay tuned for information on how to make a call on Thursday. Then take a minute out of your day to let Hannaford know that you’ve got farmworkers’ backs. 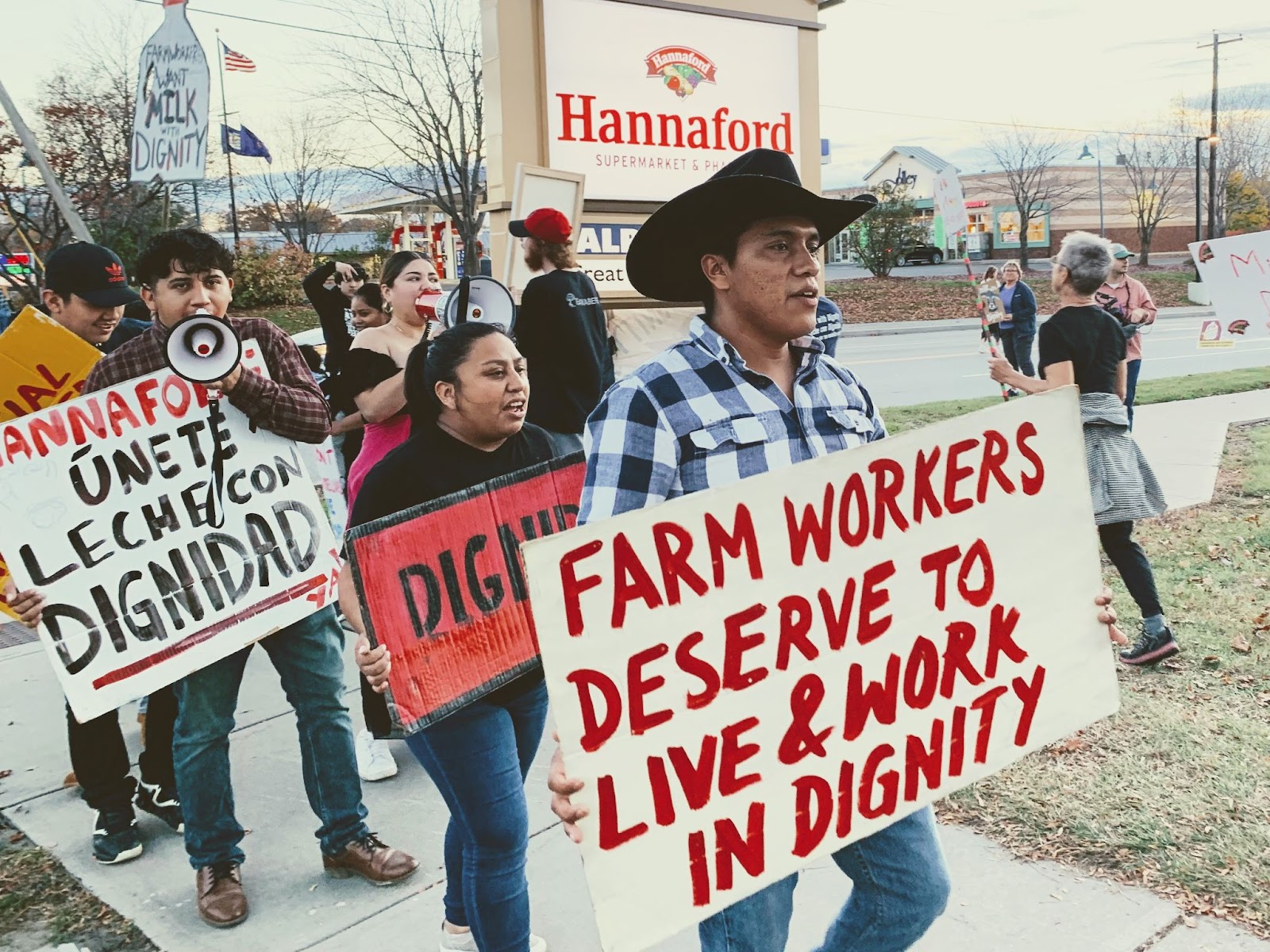 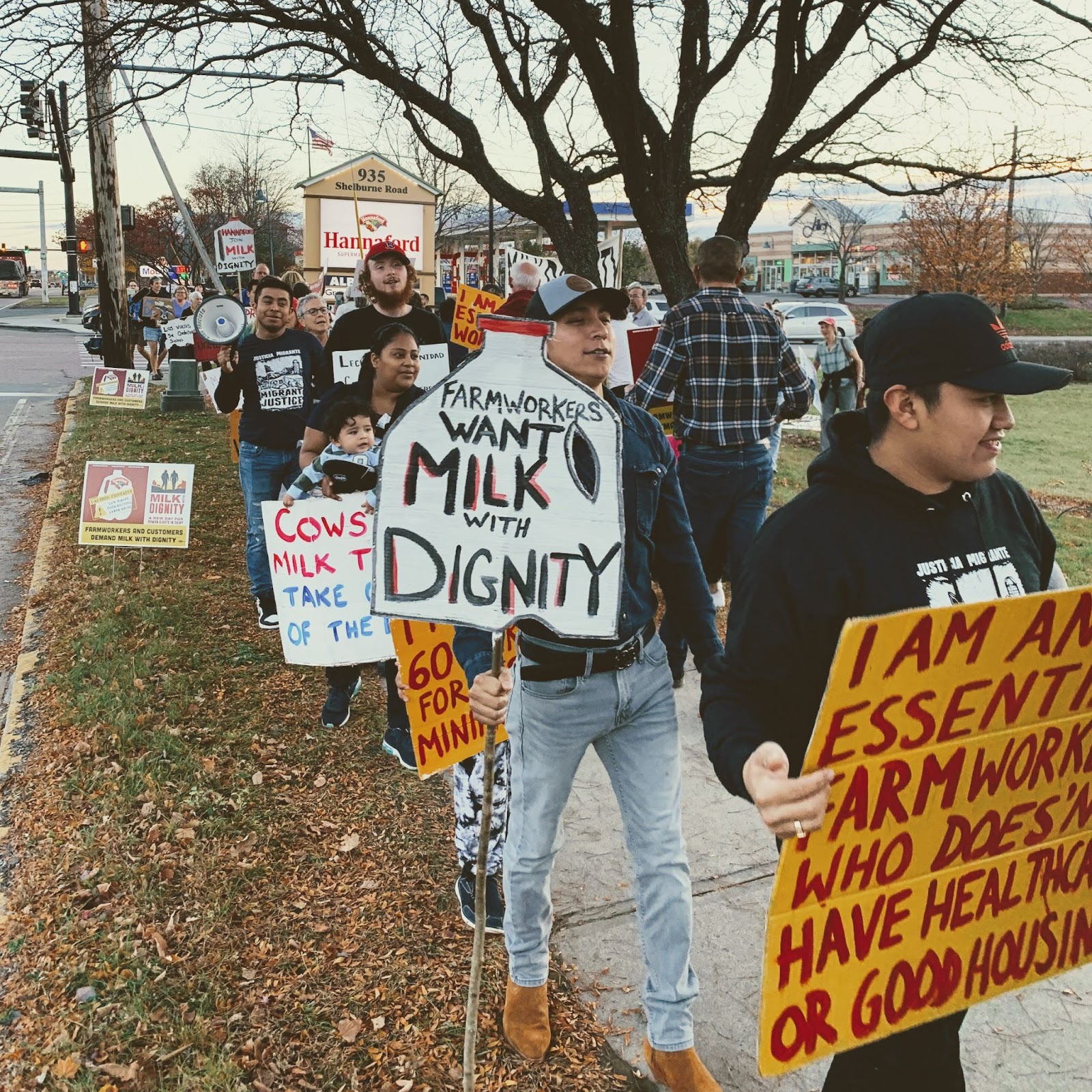 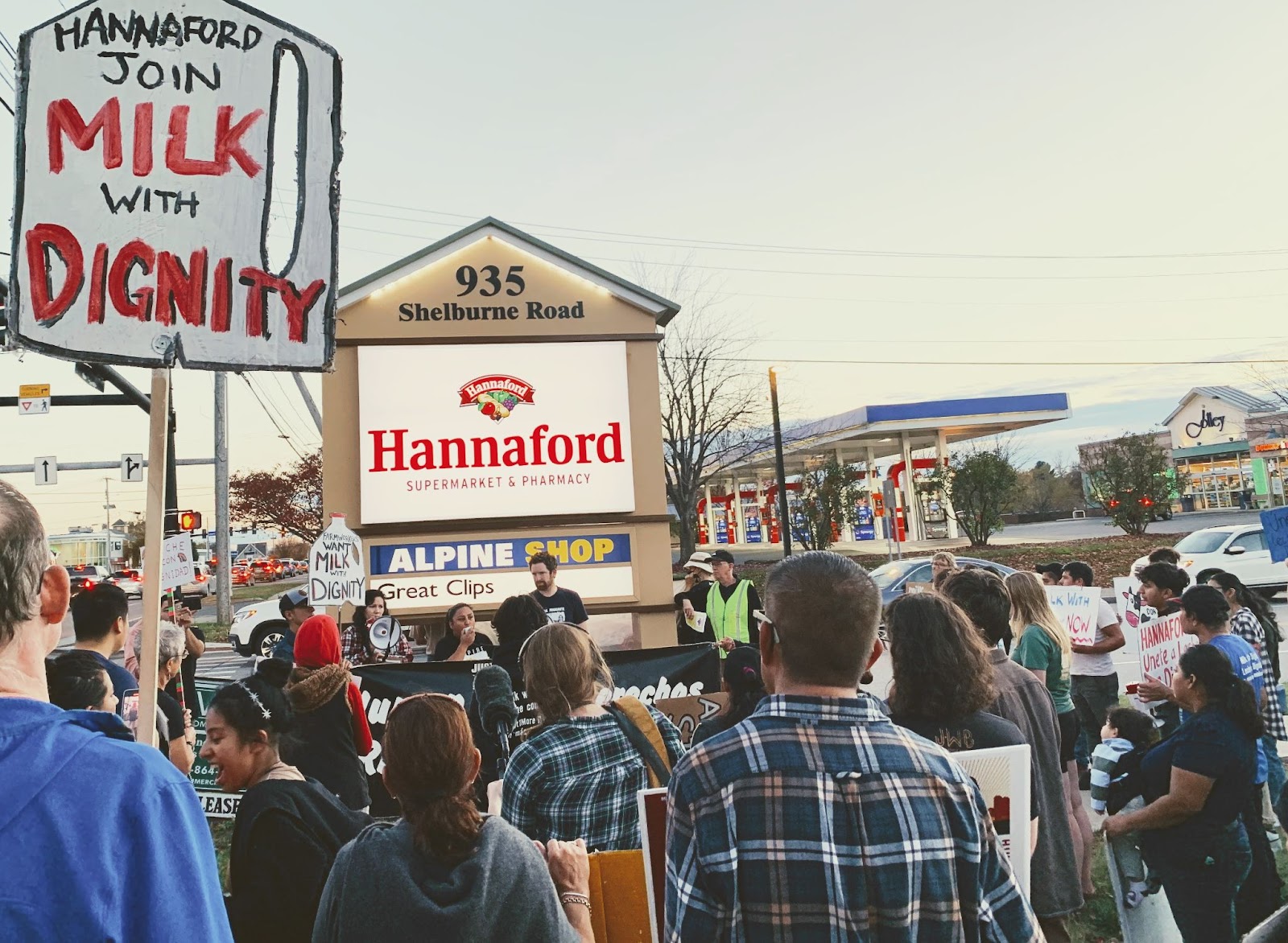 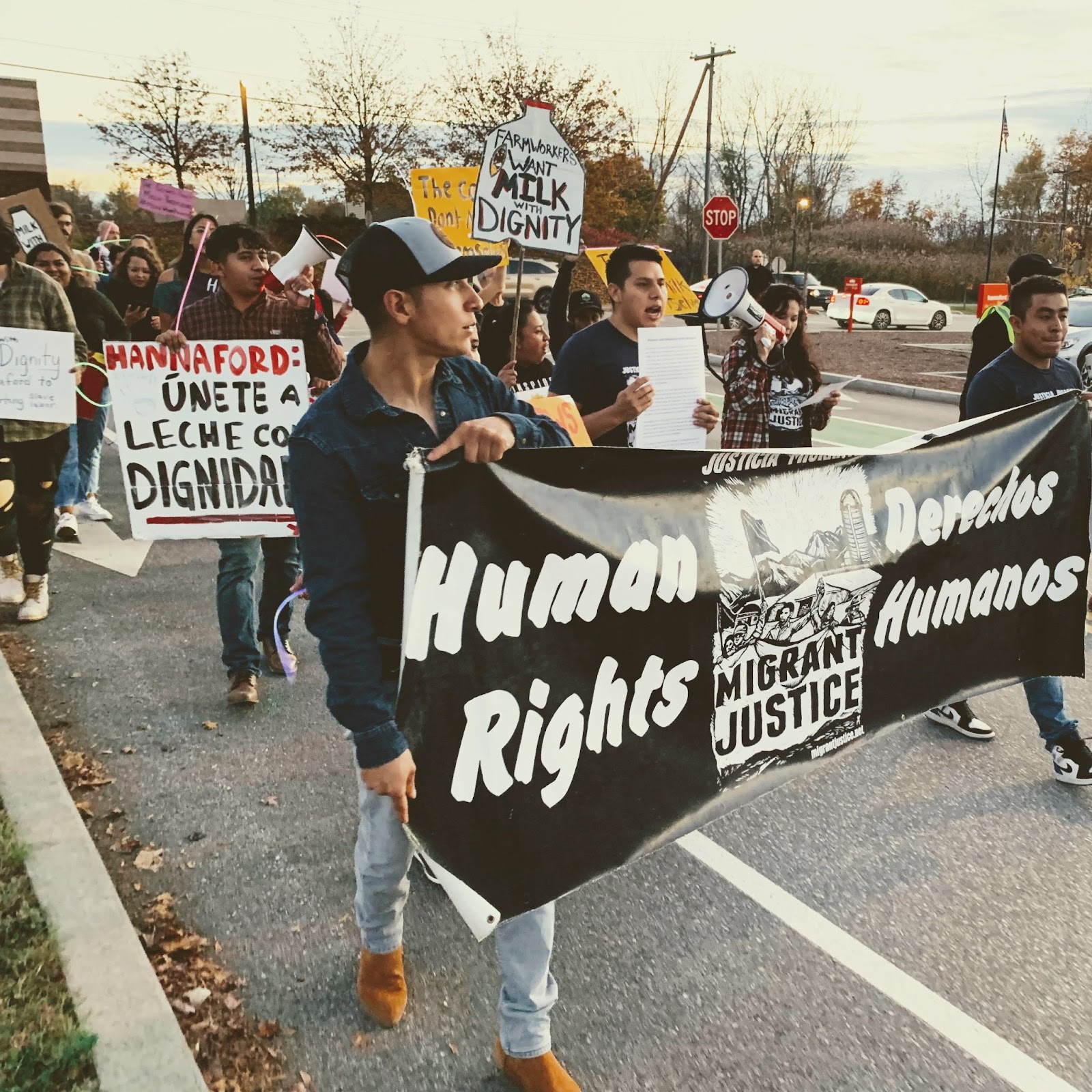 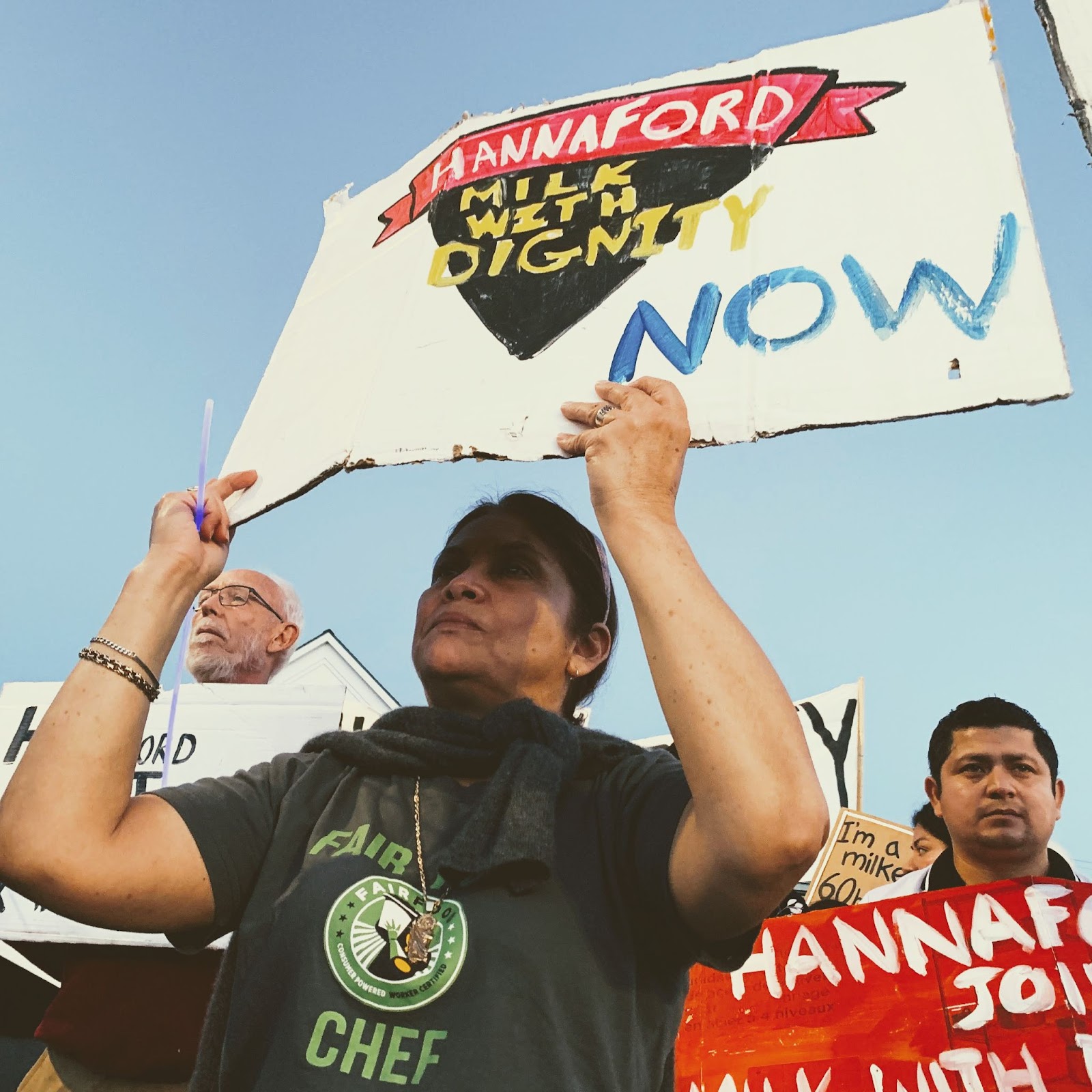 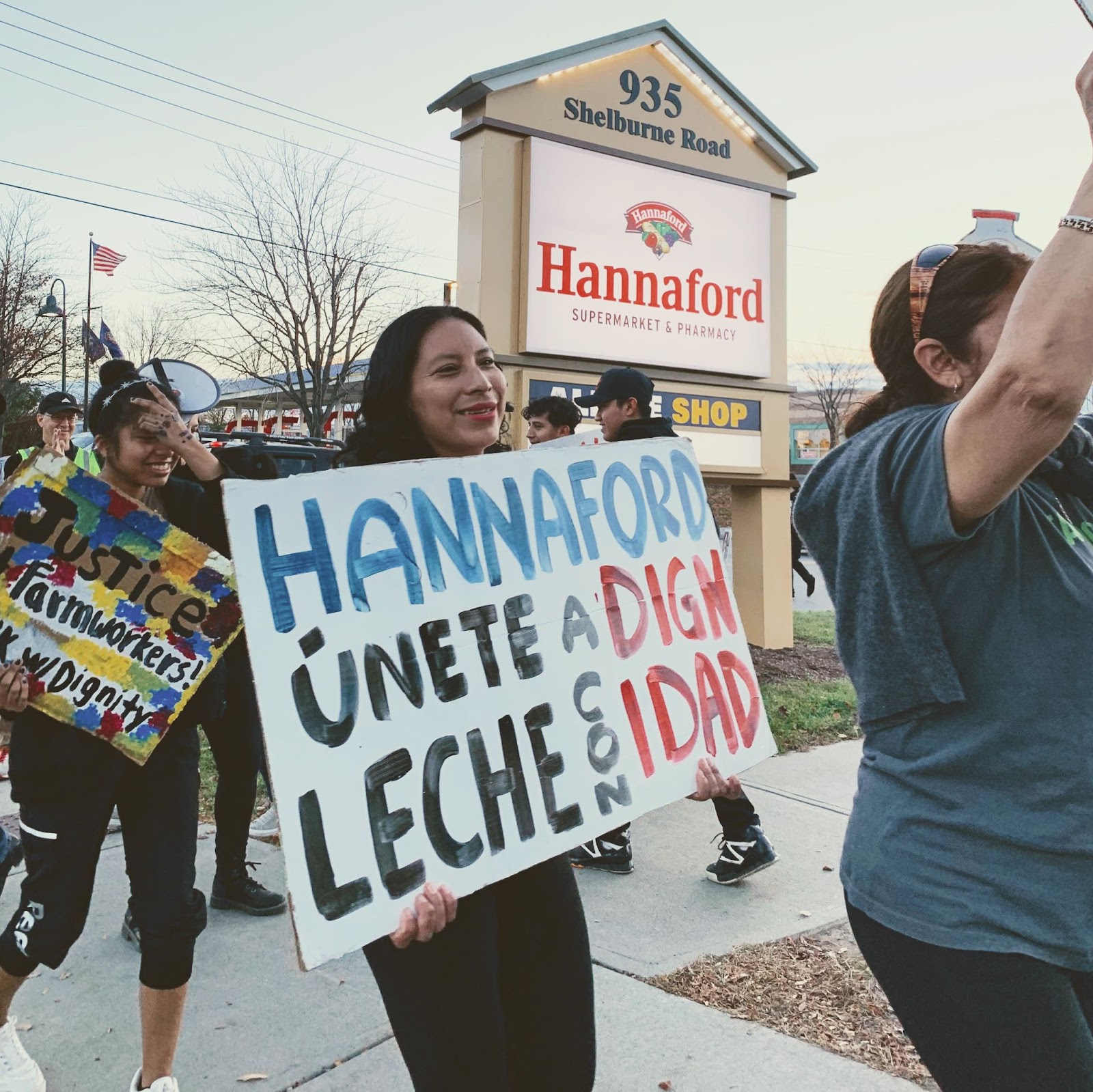 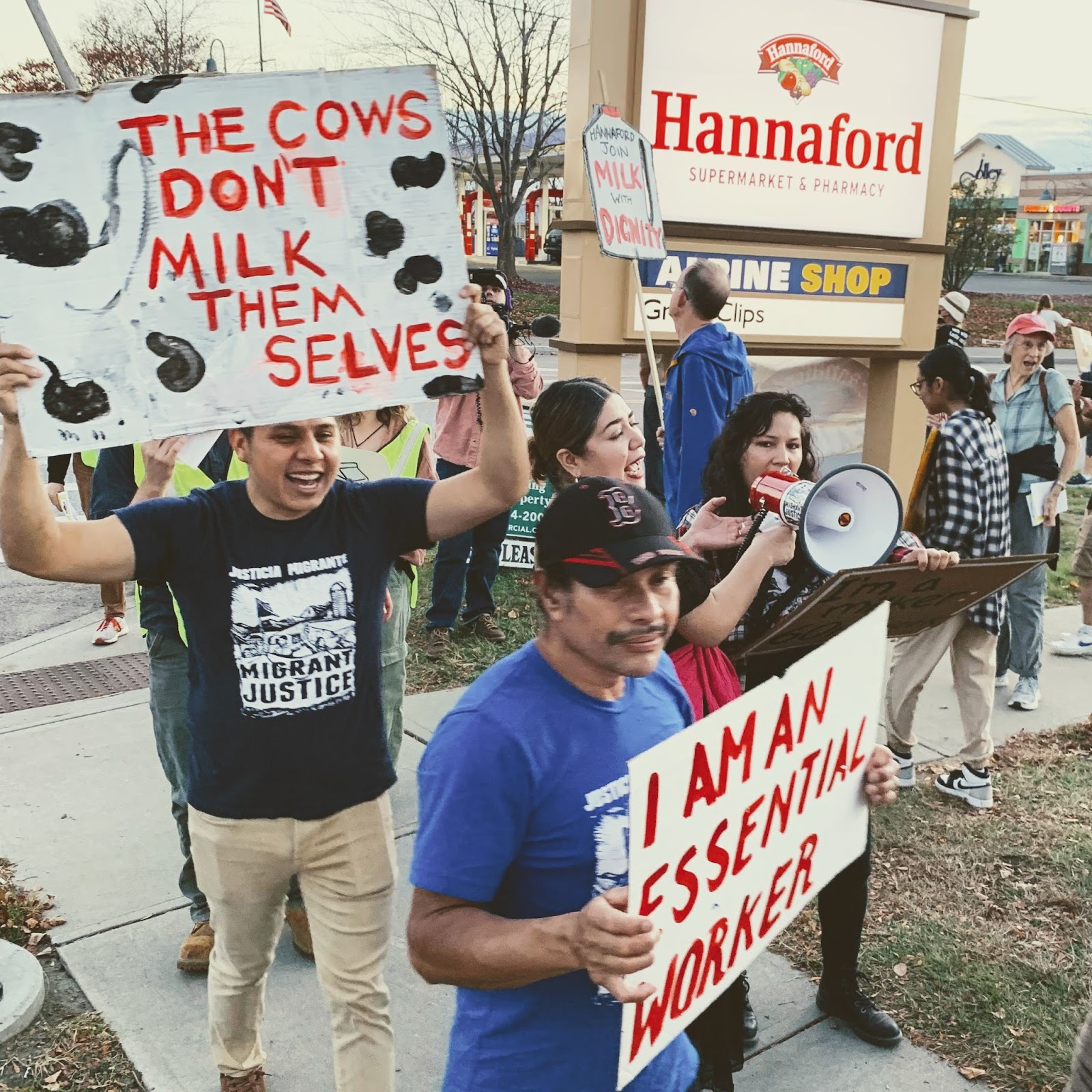 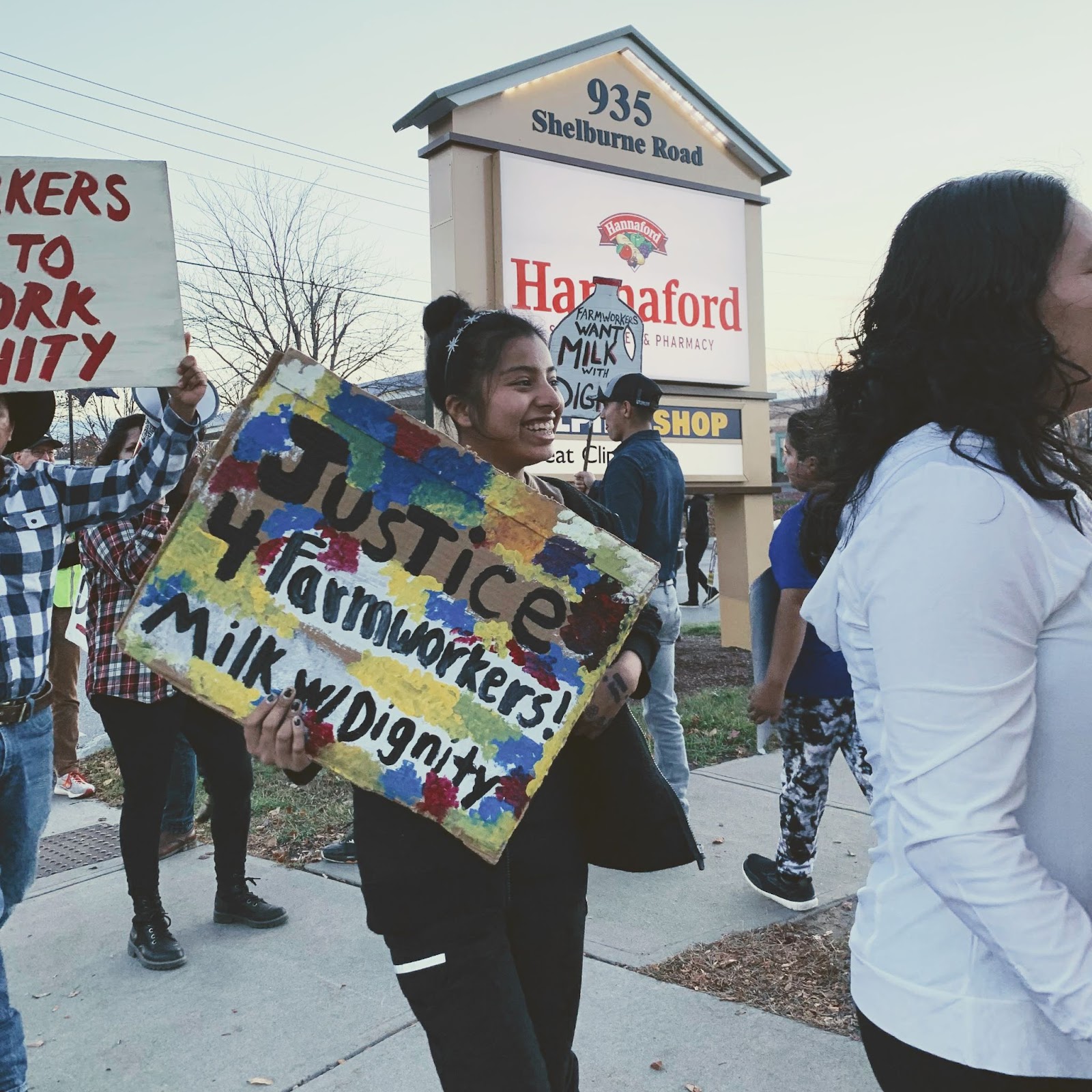 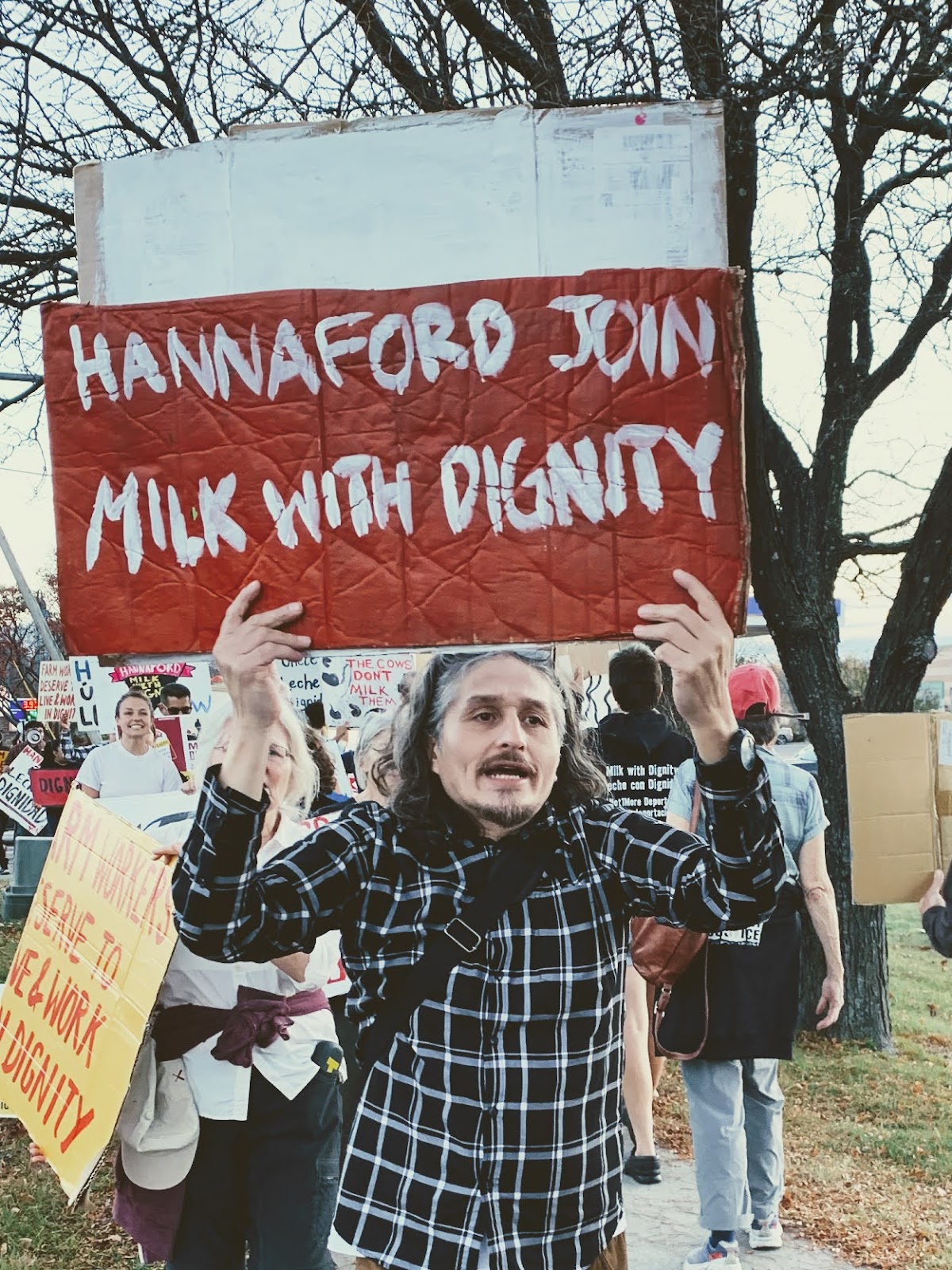 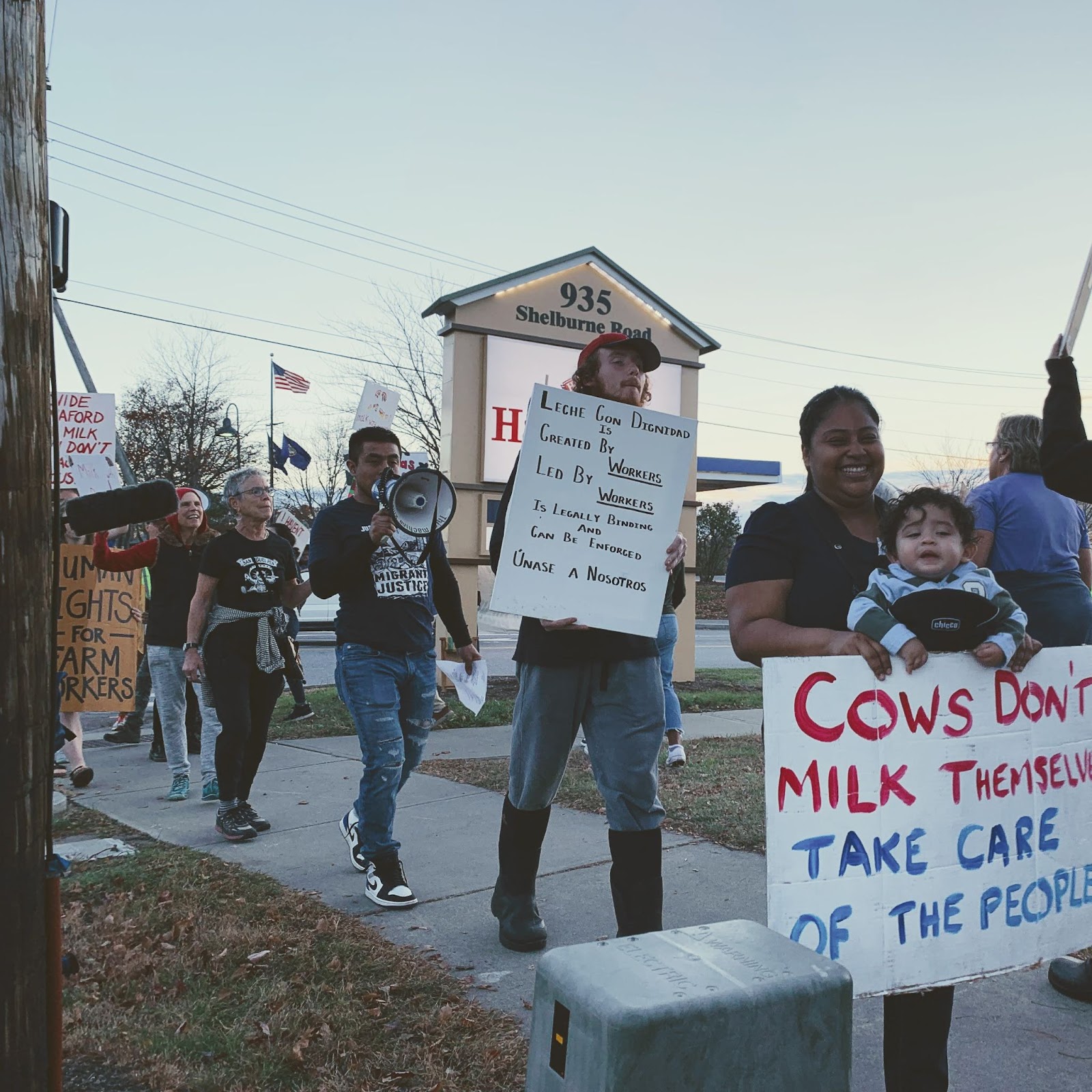 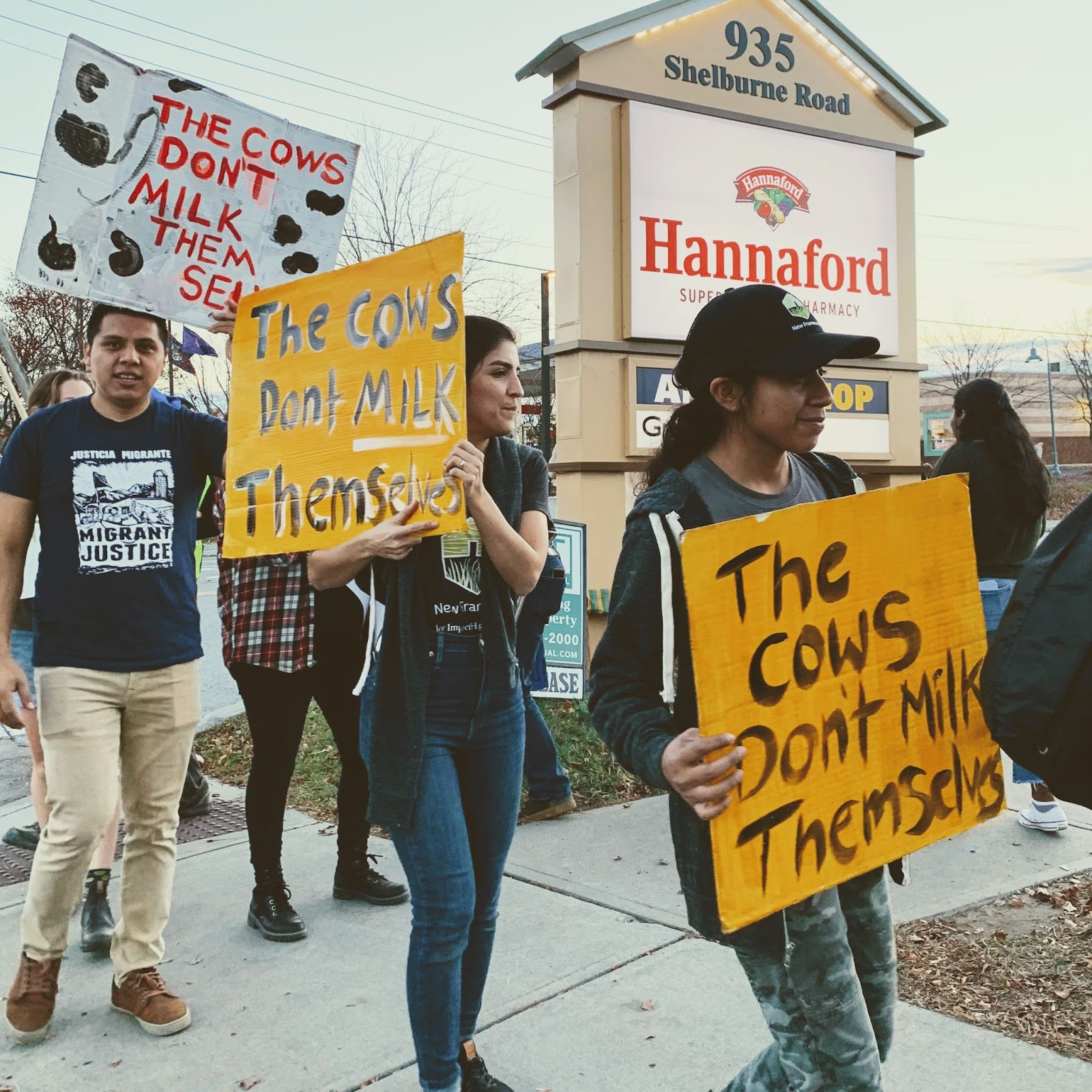 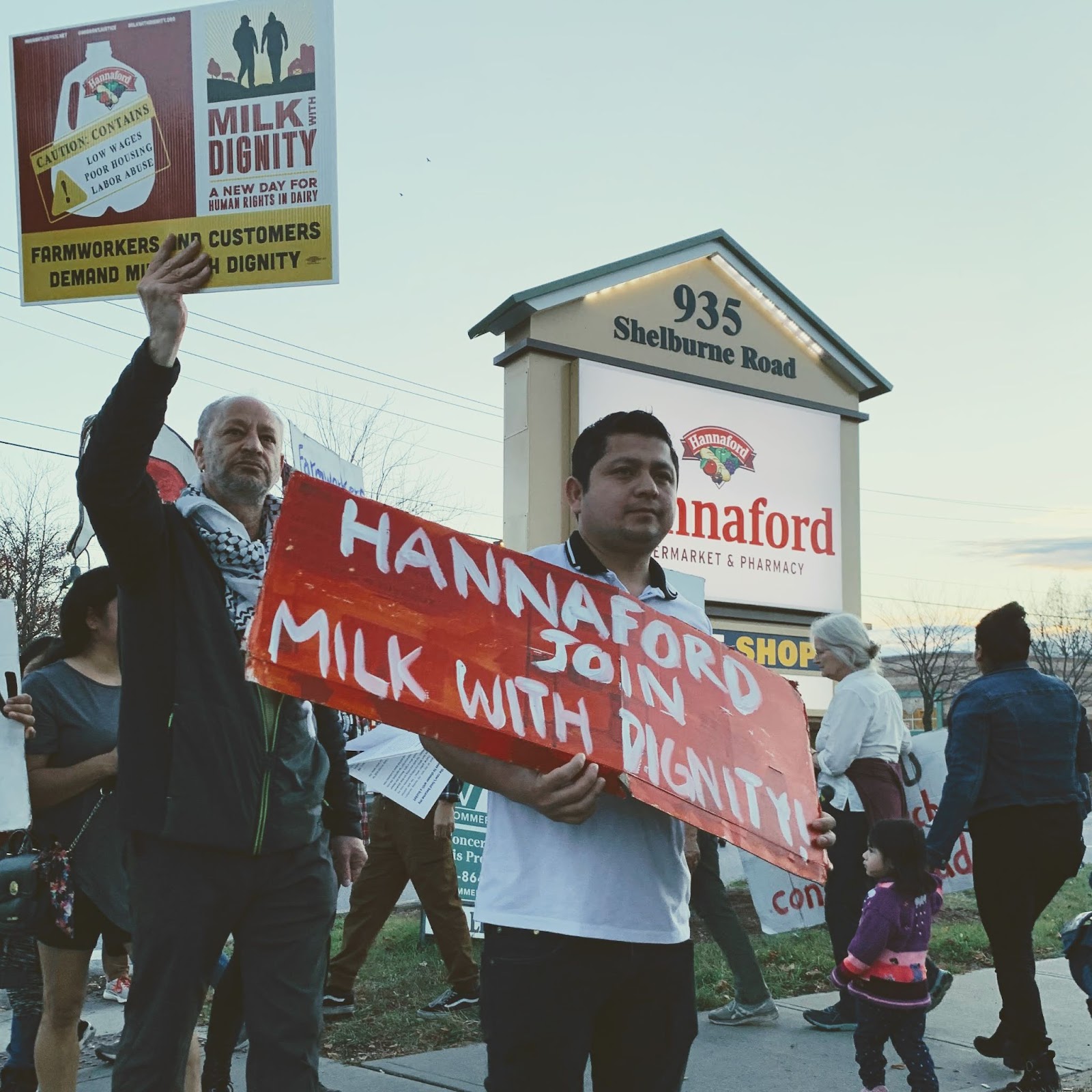 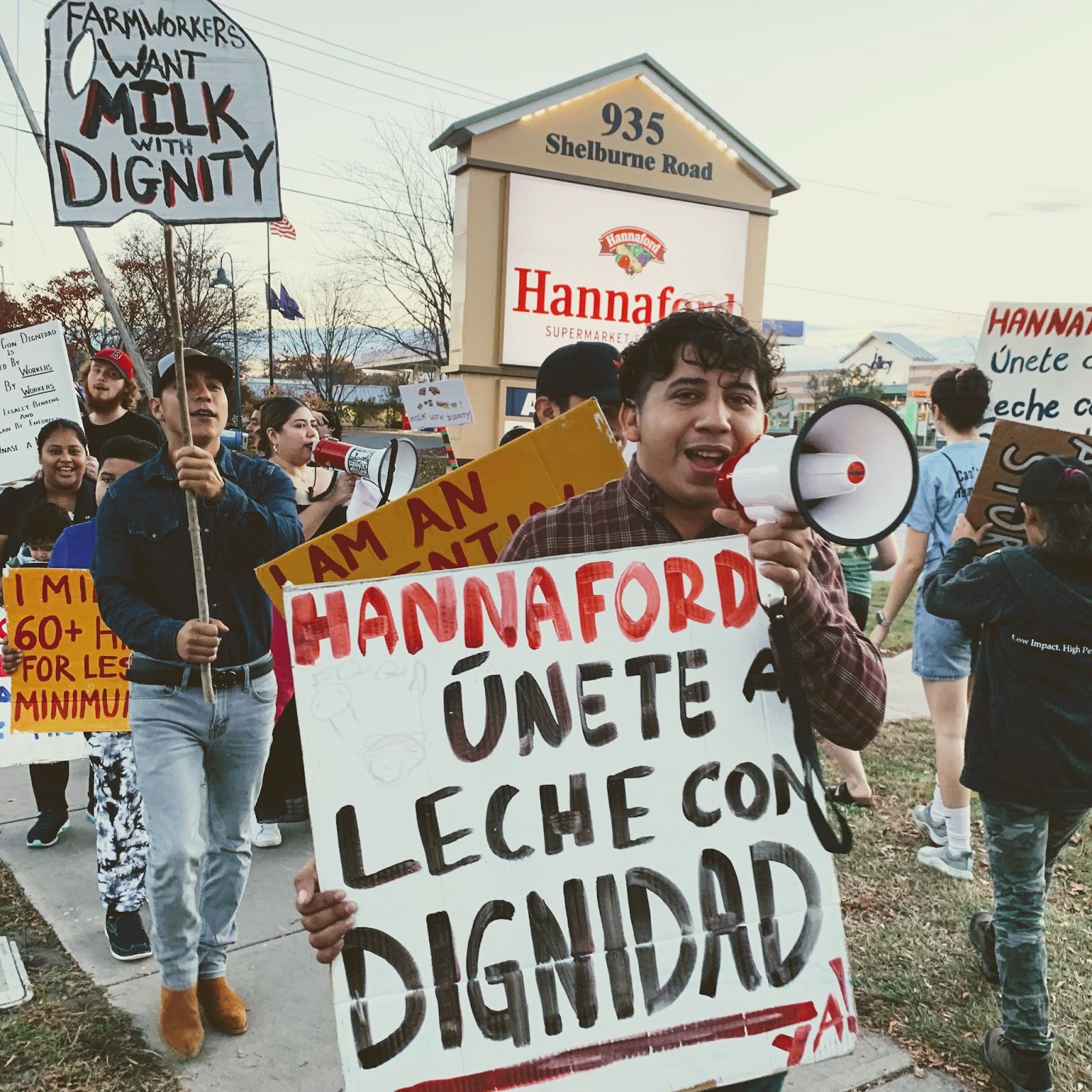 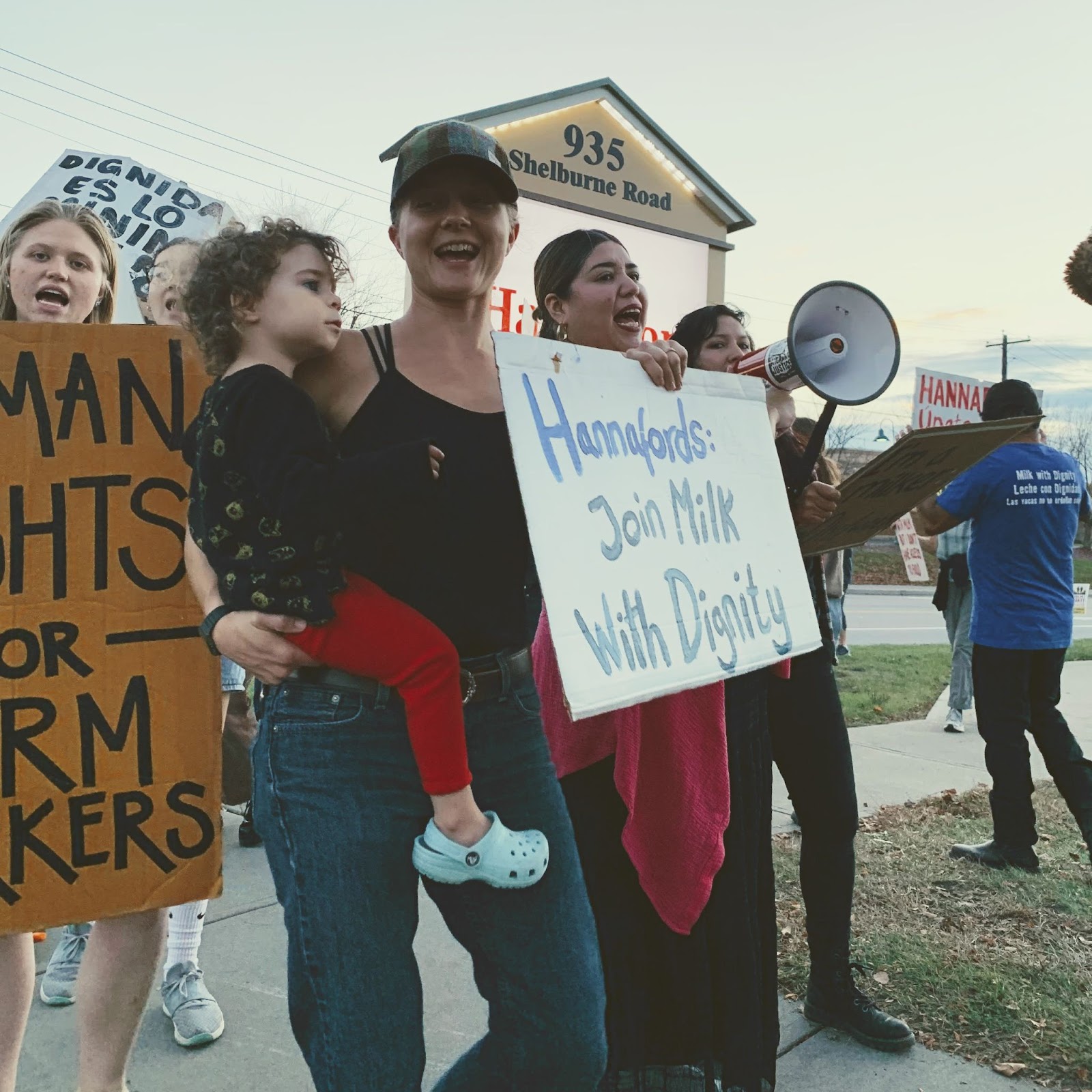 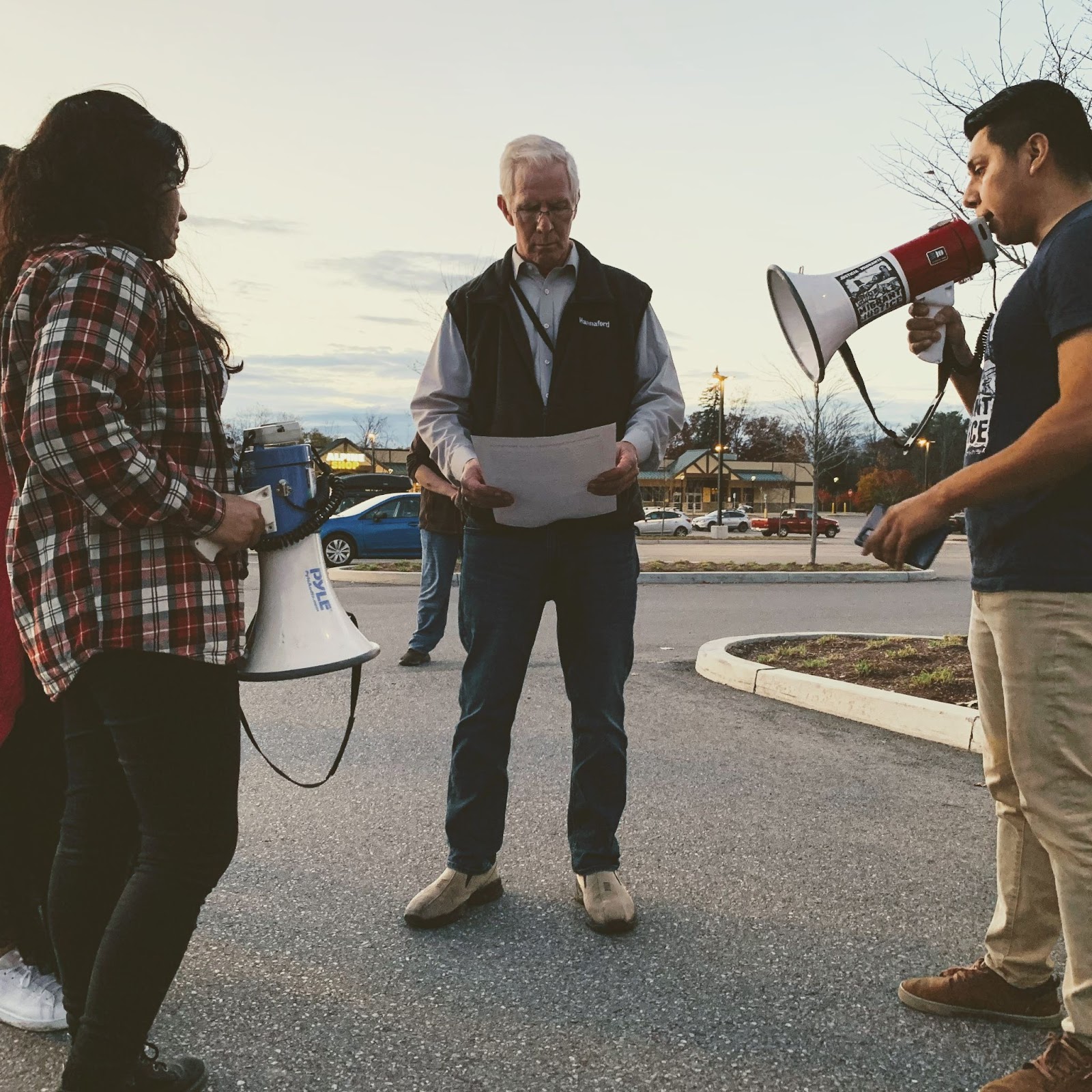 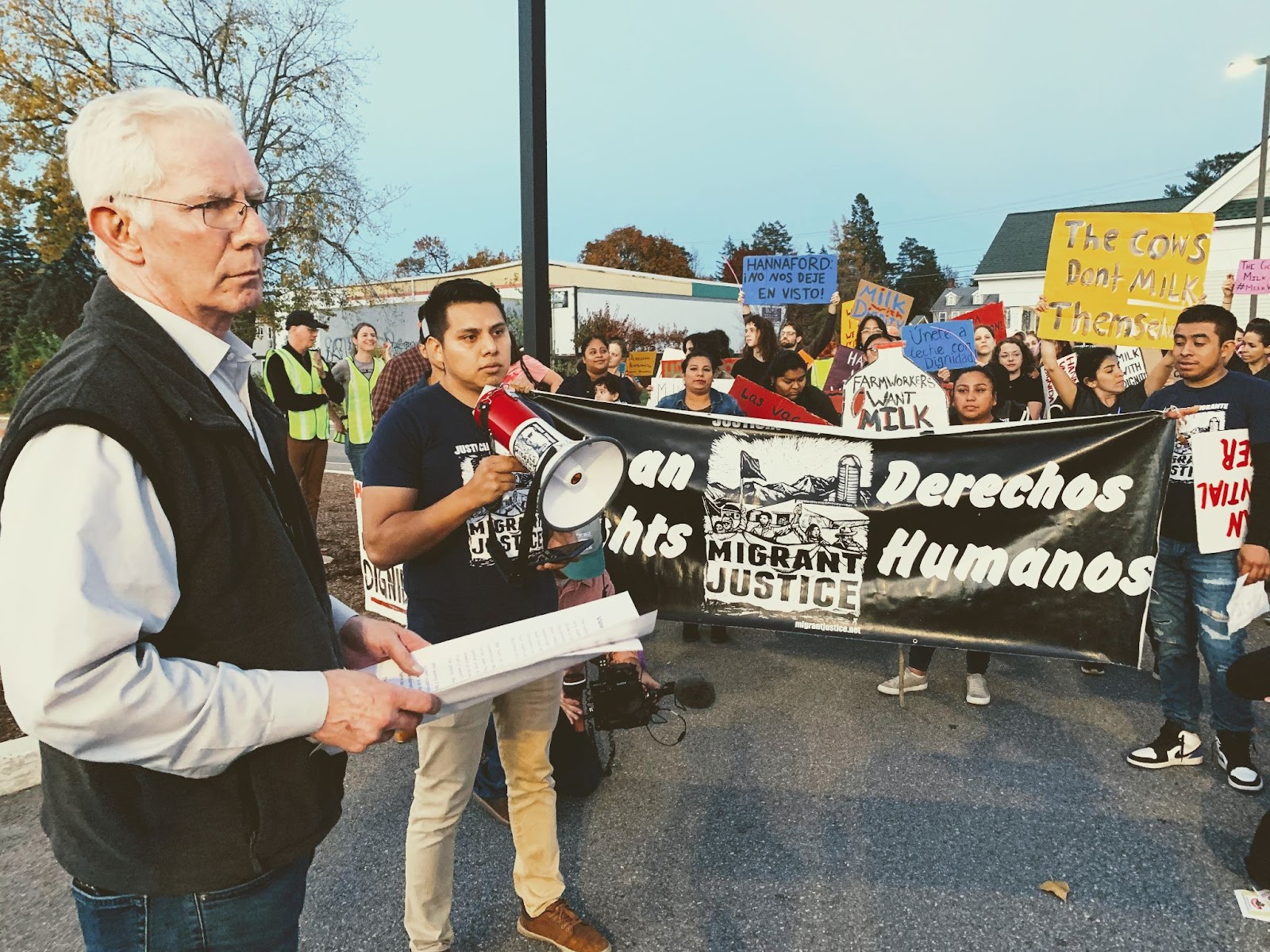