"I'm not scared at all": Mayday rally and worker organizing in the face of ICE's attacks

With Mayday -- International Worker's Day -- approaching, talk of labor struggle is everywhere. Teachers have gone on strike across the country, demanding fair wages and adequate funding for students. 5,000 Jet Blue flight attendants voted to unionize last week. And women workers across industries are leading the fight to change the norms that have long excused and condoned sexual harassment.

These struggles for economic justice are not without their costs. Immigrant farmworkers in Vermont, along with immigrants everywhere, continue to be terrorized by a brutal regime of widespread arrests and mass deportation.  Arrests of farmworkers by ICE and Border Patrol are a weekly occurrence in Vermont, as the deportation agencies pick off workers on farms, at stores, and on the streets. 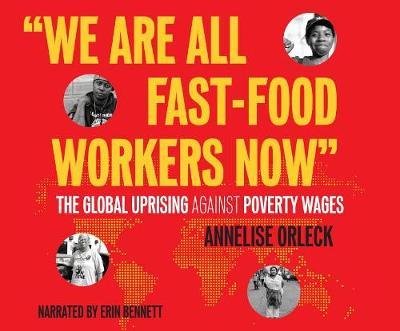 The purpose of these arrests is not to deport the entire community but to press immigrants into a permanent underclass of exploitable workers. One nefarious tactic is to target organizers and community leaders, recently labeled in national newsmagazine The Week as "ICE's tyrannical campaign to silence dissent." The column details ICE's persecution of Migrant Justice and others around the country, building on in-depth reporting from NPR's All Things Considered and influential D.C. newspaper The Hill.

​NPR's report quotes formerly-detained leader Zully Palacios: "We're always at the marches and giving interviews, without fear of what could happen.  So to go against us is a way to intimidate the community."​

Despite the high cost, Migrant Justice leaders are proving Frederick Douglass' maxim that without "struggle there is no progress." Undeterred by the targeted arrests of campaign leaders, farmworkers persisted in waging the Milk with Dignity campaign until winning an historic agreement last fall from Ben & Jerry's ice cream. That agreement is now being implemented on farms across the state, resulting in higher wages, dignified housing, improved scheduling, protections from discrimination and sexual harassment, and much more.

Author Annelise Orleck devotes a chapter to this incredible story of courage and persistence in her recently-published opus on global labor organizing "We Are All Fast Food Workers Now" (excerpted in The Guardian). She quotes Enrique "Kike" Balcazar, one of six leaders detained during the course of the Milk with Dignity campaign as a result of their organizing, on the possibility of his deportation:

“I’m not scared at all. We’ve been here as a community fighting for our rights to live free and dignified lives and we aren’t going back in the shadows.”

This Mayday, join Migrant Justice and the Vermont Human Rights Council to support and celebrate workers organizing "to live free and dignified lives." Not in Vermont? Find and join a Mayday action near you!