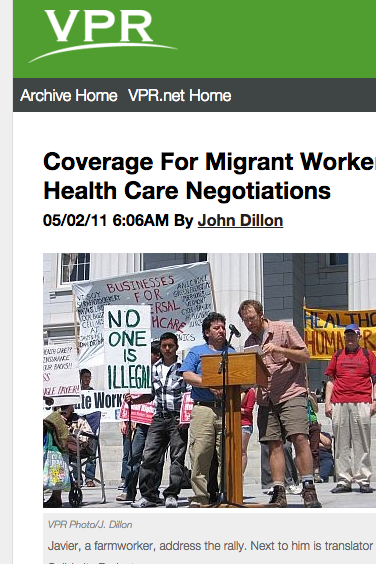 Migrant Justice got its start 6 years ago when young farmworker José Obeth Santiz Cruz was strangled to death in a horrific workplace accident on a VT dairy farm.  Obeth's death served as a spark for farmworkers to share food and experiences, analyze community problems, propose solutions and take collective action. In farmworker "asambleas" the community transformed problems into a proactive human rights agenda that serves, to this date, as Migrant Justice's map and compass. In just 6 years we've had 6 major human rights victories! 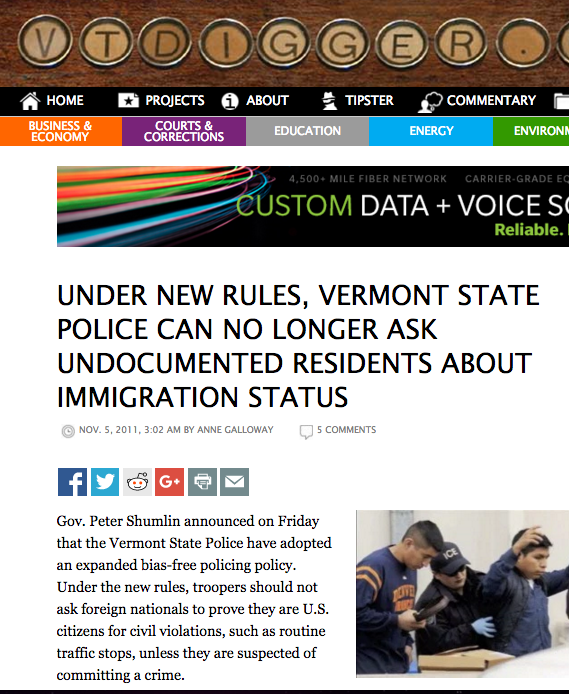 Human Right to Freedom from Discrimination and Equal Treatment

In 2011, farmworkers organized to prohibit the use of state resources for the purposes of immigration enforcement 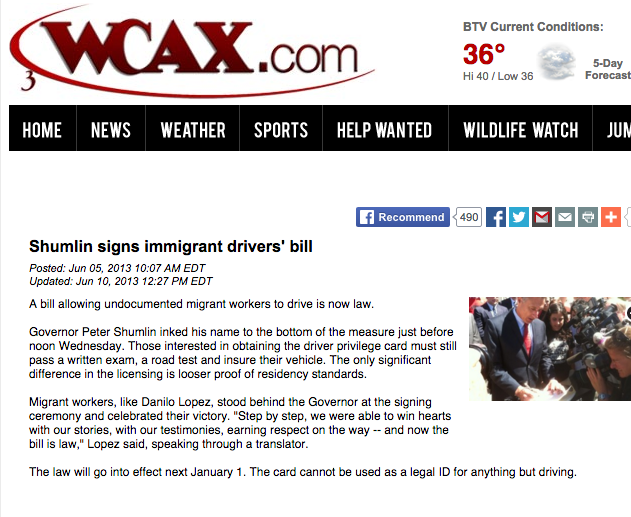 Human Right to Freedom of Movement

In 2012-2013, farmworkers campaigned for and won broad support to change VT law to allow access to driver's licenses regardless of immigration status 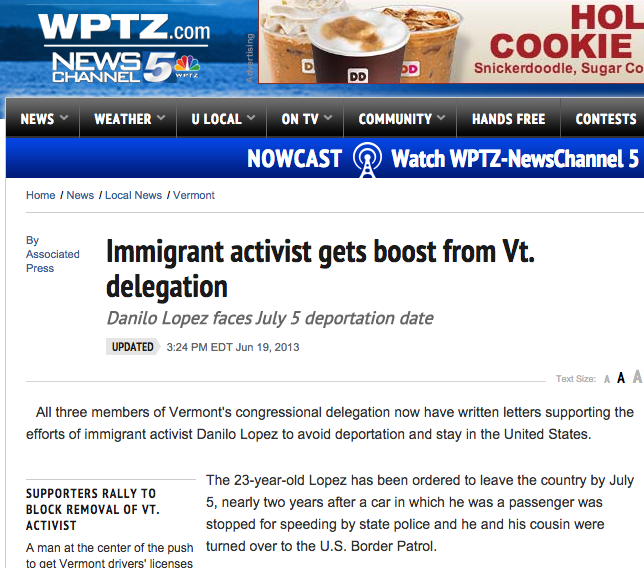 Human Right to Freedom from Discrimination and Equal Treatment

In 2013, the community rallied and stopped the deportation of leader Danilo Lopez in collabroation with theNot1More movement! 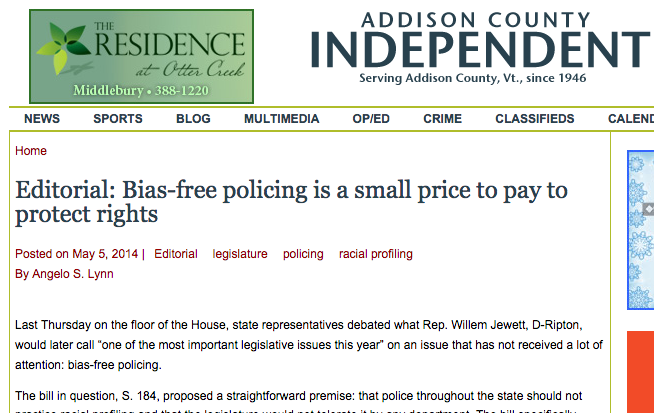 Human Rights to Freedom from Discrimination and Equal Treatment

In 2014, after years of racial justice and immigrant rights battles with the police in local communities Migrant Justice led the charge to extend the 2011 bias-free policy win to all law enforcement agencies in the state of Vermont. 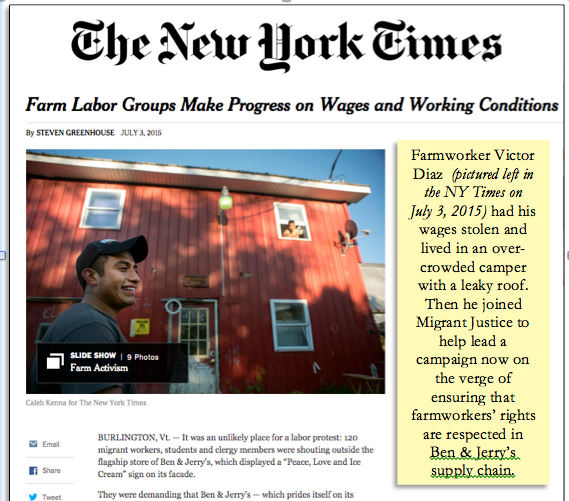 Human Rights to Work with Dignity and Quality Housing

In 2015, farmworkers organized, rallied, and inspired 17 cities across the country to call on Ben & Jerry's to source 100% of their milk in their Northeast dairy supply chain in compliance with the fundamental human rights of farmworkers by joining the Milk with Dignity Campaign! And farmworkers secured a commitment from Ben & Jerry's to implement the Milk with Dignity Program into their Northeast dairy supply chain!