On June 23rd, three farmworkers were driven by a friend to the nearby Walmart in Newport, VT to send money to their families. After getting a tip that could only be based on racial profiling, Border Patrol agents pulled over the car and arrested all the occupants. The driver was released after several hours. The dairy workers -- Ismael, Mario, and Ubertoni -- are being held in immigration detention and ICE is moving to deport all three.

Farmworkers Ismael, Mario, and Ubertoni are now in immigration detention and facing deportation. Take action now to send a letter demanding their release! 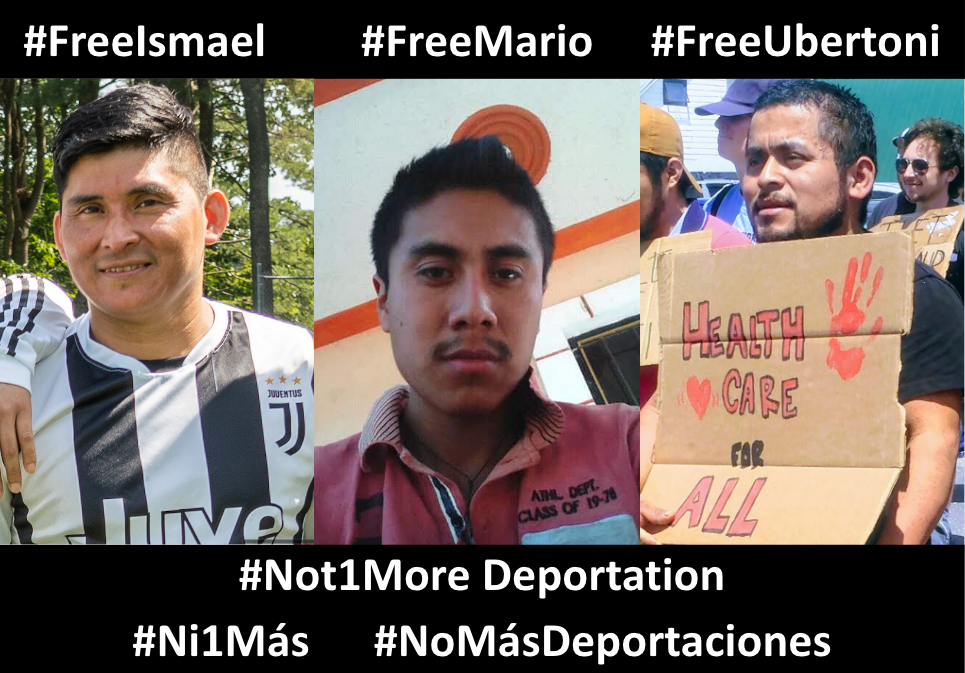 Ismael Mendez, Mario Diaz, and Ubertoni Aguilar all live and work on a dairy farm in northern Vermont. They are part of a community of workers that is sustaining the state's dairy industry. All work to support family members in Mexico.  They have also been involved in Migrant Justice, organizing with other farmworkers to protect and advance their human rights. Earlier this month, Ubertoni led a contingent of other farmworkers in a "March for Medicaid," an event organized by the Vermont Workers' Center that brought hundreds together to support universal healthcare.

On the afternoon of the 23rd, after a long week of backbreaking labor, Ismael, Mario, and Ubertoni traveled to Walmart to send their hard-earned paychecks to family members in Mexico that rely on these remittances for basic necessities. A Border Patrol agent approached the car while it was in the parking lot and spoke with some of the occupants. Later, as the farmworkers and their friend were heading home, they were pulled over and arrested. Border Patrol claims that they received a tip-off of "suspicious activity involving a possible i------ alien."

Ismael, Mario, and Ubertoni are all being held in immigration detention in Strafford County, New Hampshire. ICE is attempting to deport the three farmworkers to Mexico, separating them from family members and their community in Vermont.

Take action now to free the three detained farmworkers and tell ICE and Border Patrol to stop profiling and harassing immigrants in our community. Together we can stop their deportations