“my boss ran me off the farm, even though I was the victim”

End of day update: over 375 calls made to Hannaford! 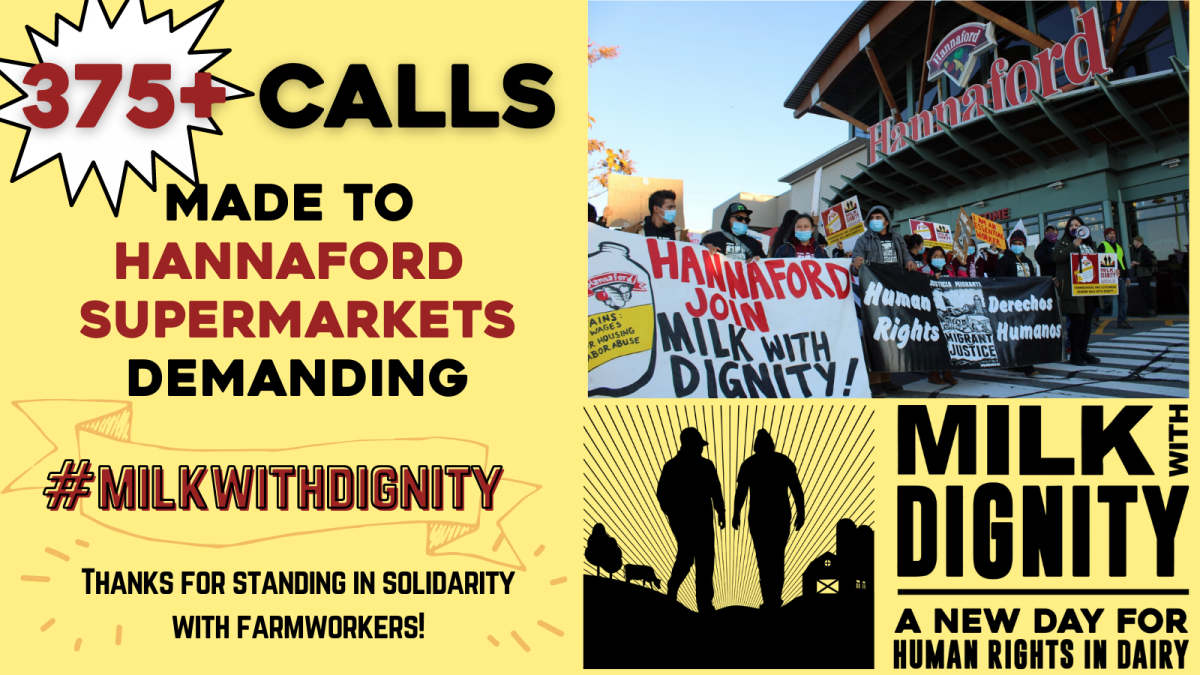 Dairy workers are calling out the abuses on farms producing milk for Hannaford Supermarkets. In response to every denunciation, Hannaford has repeated the statement that it expects all its suppliers to "follow labor laws and treat workers fairly and humanely.” Its parent company, Ahold Delhaize touts its commitment to “ethical behavior” and “human rights.”

But farmworkers like Maricela know from painful experience the wide gap between lofty words and real protections. She recently shared:

My name is Mari and I’ve worked on dairy farms for the last five years. I first came here to give my children a better life. During my time as a farmworker I have been discriminated against and harassed. As a woman, it’s hard to face this inequality. I have worked 60 hour weeks, in the cold, for less than minimum wage. I’ve worked on different farms, some better than others, but the last farm I was on was the worst of them all.

I worked on the farm alongside my son and my then partner. My partner was a violent man. One day he beat me. I was scared and I stayed silent. When he beat me again the next day, my son defended me and called the police.

When the police came for him, my boss didn’t ask how I was, she just wanted to know who called the police. When she learned it was my son, she fired him right there. My boss was furious with me, even though I was the victim. Two days later she fired me, too. She ran me off the farm, throwing my final paycheck in my face.

I asked for help but there was nowhere to turn because there aren’t any policies that protect us. Nobody can say that everything is alright in the dairy industry. We need change. Women are an important part of the industry. We also work to keep farms running and sustain the industry. We need the protection of Milk with Dignity on every farm.

This treatment is unacceptable! Make a call to Hannaford today to let them know that the only way to make their "expectations" a reality is to join the Milk with Dignity Program! 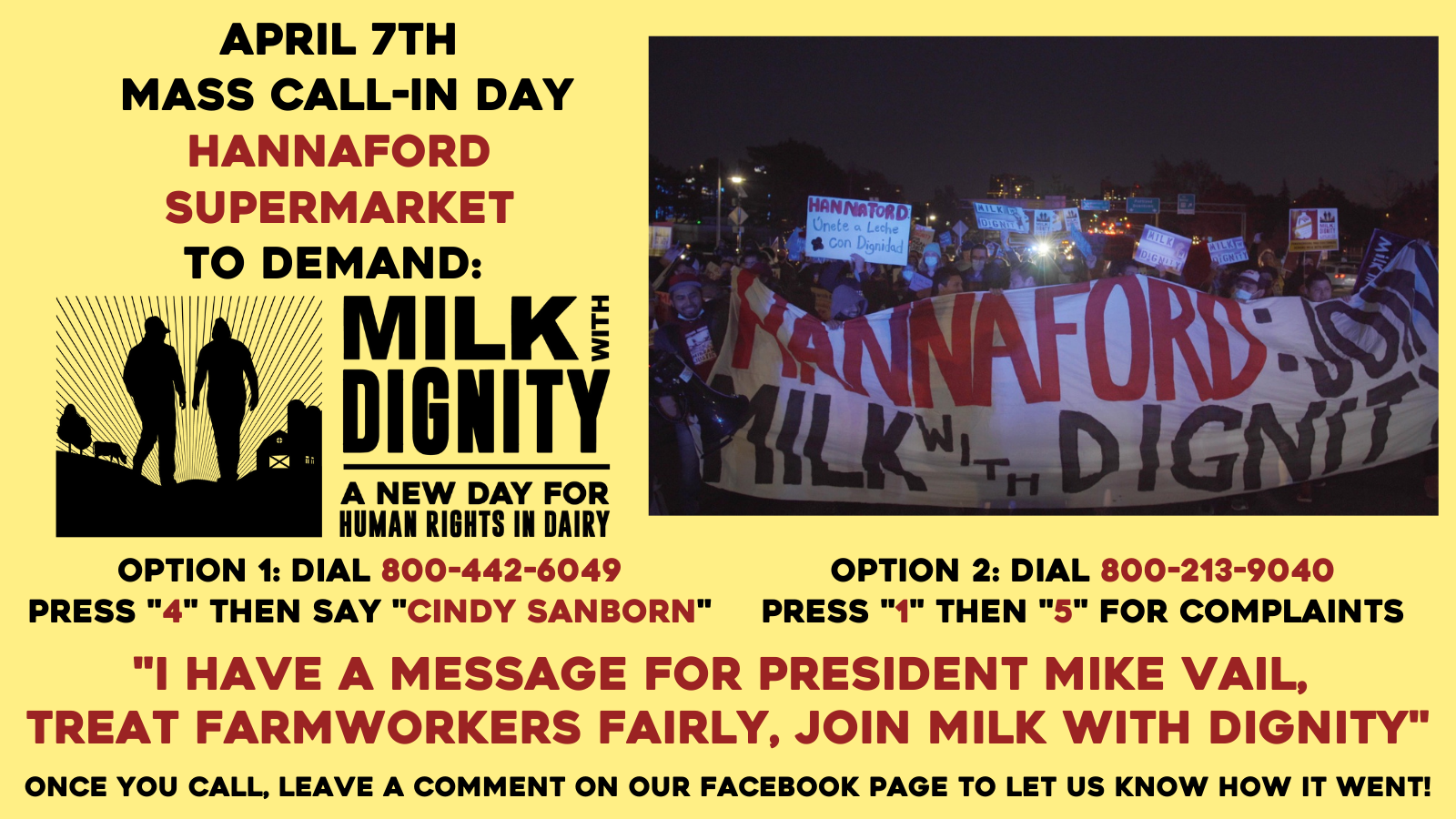 If Maricela had been on a farm enrolled on the Milk with Dignity Program, her experience would have been vastly different. All workers and managers in the program receive regular education sessions on protections against harassment and gender-based violence. Workers have access to a trusted, 24-hour support line. And if a worker is a victim of violence, it is the abuser who faces consequences, not the abused. Under Milk with Dignity, farms that protect abusers and endanger workers are suspended from the program and face harsh economic penalties.

If Hannaford is sincere in its claim to want a dairy supply chain where workers’ rights are respected, the only way to do so is by joining the Milk with Dignity Program.

Our call-in actions have generated over 1,700 calls to the Hannaford President's office. Let's keep the pressure on by jamming their phone lines and filling their mailboxes throughout the day. President Mike Vail needs to hear loud and clear that his customers expect accountability and demand action!