In December we shared the news of the Border Patrol detention of farmworker Luis Ulloa, known to friends as Chiri. He was turned over to immigration agents after being detained by the Chittenden County Sheriff’s Department while a passenger in a car pulled over for speeding.

Following this unjust detention, Chiri’s community sprang to his defense, rallying in front of the Sheriff’s Department offices to demand #JusticeForChiri. Many of you called or wrote to the sheriff decrying this abuse of power and demanding accountability for this clear violation of the department’s own “Fair and Impartial Policing” policy. 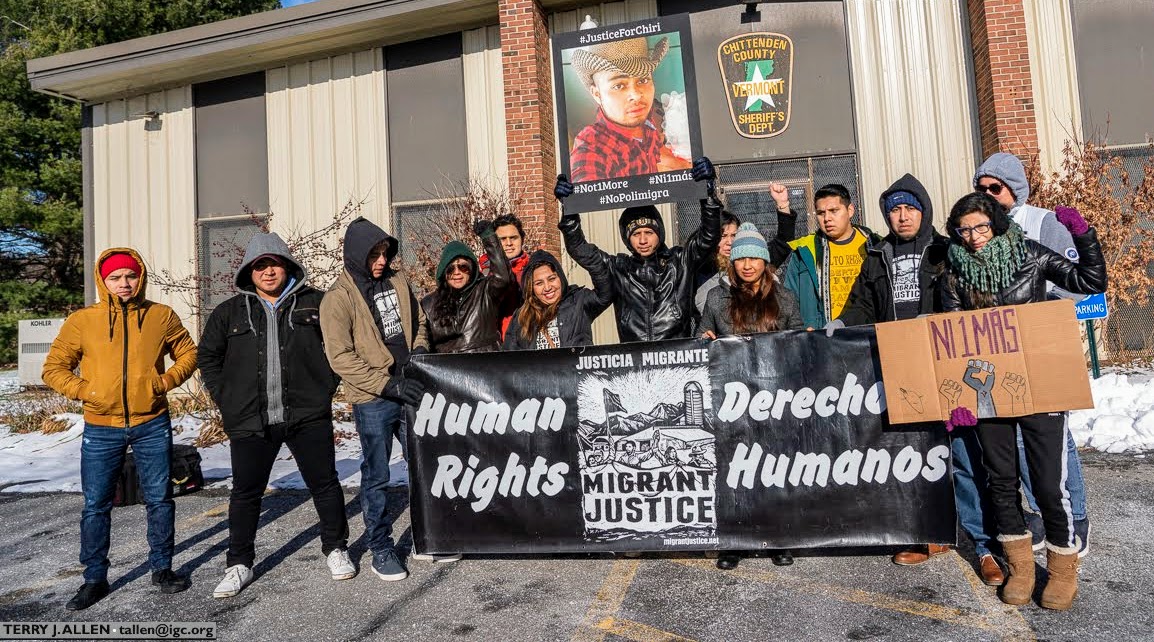 We are sad to report that due of the actions of the Chittenden County Sheriff’s Department, Chiri has been deported to Mexico, separated from his family, friends and community in Vermont.

To add insult to injury, the Sheriff recently released a report defending the deputy’s actions and seeking to sweep this abuse under the rug. The “investigation” concludes that the deputy had cause to call Border Patrol based on his suspicion of “human smuggling.” The evidence? That Chiri and another passenger were “averting their gazes” from the deputy.

Chiri has been deported, but he is still fighting to defend his rights and to ensure that what happened to him will not happen to anyone else. Yesterday he filed a discrimination complaint with the Vermont Human Rights Commission. The state agency will investigate the claim and make a ruling on whether or not the Chittenden County Sheriff’s Department violated Vermont law in its treatment of Chiri.

We applaud Chiri’s courage and perseverance as he continues to pursue justice, despite his deportation. His claim puts Vermont police on notice that there is no impunity for discrimination and collusion with federal deportation agents.

Finally, the deputy’s actions and the Sheriff’s “investigation” show the need to strengthen the state’s Fair and Impartial Policing Policy. Police should not be able to fall back on vague language and policy loopholes to justify discrimination; rather, this policy must draw a clear barrier between local law enforcement and federal deportation agencies. That’s why communities around the state -- from Windham County, to the Upper Valley, to Central Vermont, to Chittenden -- are organizing #NoMásPolimigra campaigns to ensure that local police are not in the business of deportation.

On Tuesday, February 18th, Burlington’s City Council will vote on a proposal to strengthen the city’s policy. Come out to a rally to say no to police collaboration with the deportation machine!

Do you live in or around Burlington? Sign up to get involved in the Burlington #NoMásPolimigra campaign!