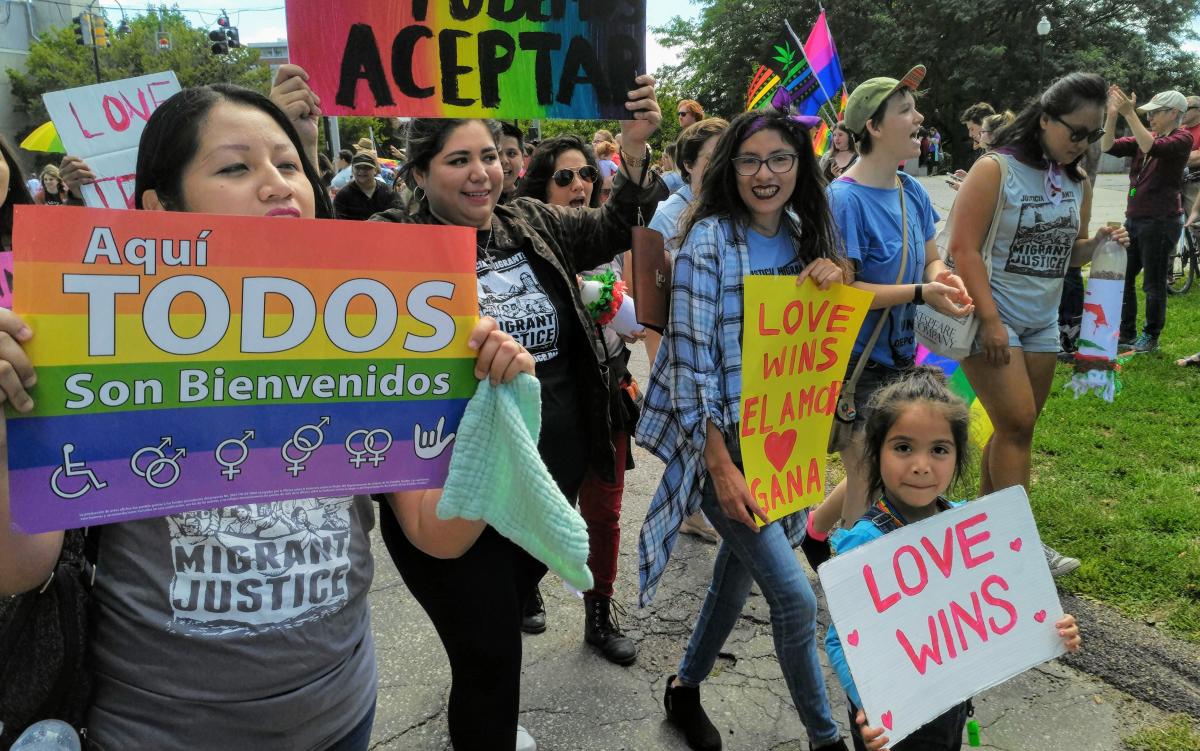 During 2021’s Pride Parade and Festival, the Pride Center publicly encouraged Hannaford to meet with dairy workers. Organizing through Vermont-based human rights group Migrant Justice, workers on farms producing Hannaford-brand milk have invited the company to join their Milk with Dignity Program. Through the initial participation of Ben & Jerry’s, Milk with Dignity protects rights and improves labor conditions for hundreds of farmworkers in Vermont and New York. Migrant Justice has identified widespread violations of workers’ rights on farms in Hannaford’s dairy supply chain (examples here, here, here, and here) and encourages the company to join Milk with Dignity to address those abuses. 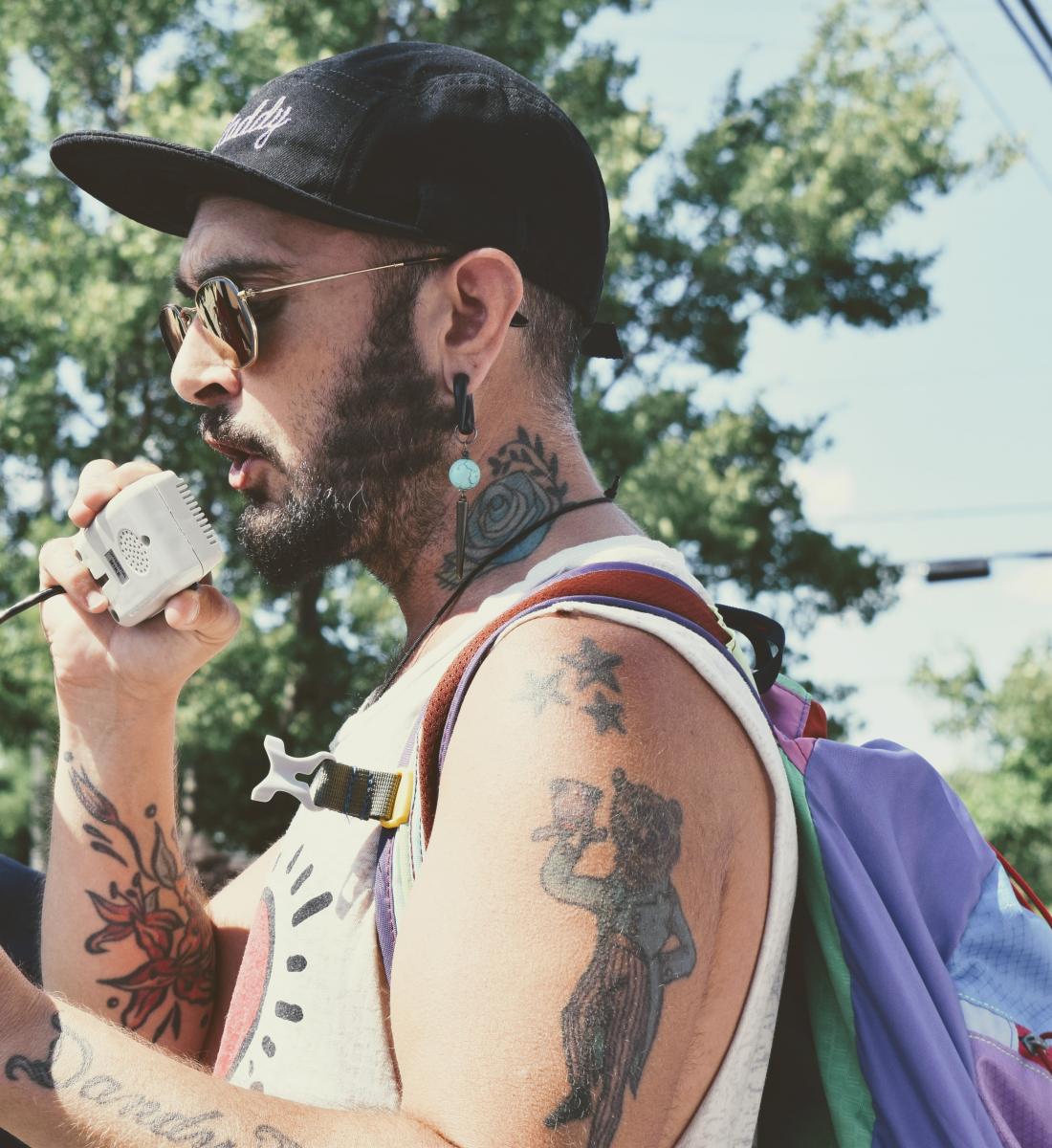 Following its initial backing of the Milk with Dignity campaign in 2021, the Pride Center sent Hannaford a letter in June of this year reiterating its support. “We look forward to continue collaborating with Hannaford in supporting our LGBTQ+ community, much as we look forward to supporting your dialogue and participation with Migrant Justice’s Milk with Dignity [Program].”

Hannaford did not respond to the letter. In July, Kell Arbor, a Pride Center representative, joined a farmworker-led picket outside the chain’s corporate headquarters in Scarborough, Maine. They said:

“Pride Center of Vermont stands with Migrant Justice on this vital issue. We encourage Hannaford to respond to Migrant Justice’s invitation to join the Milk with Dignity Program. Hannaford is recognised as an affirming place to work for LGBTQIA+ employees. While Pride Center of Vermont appreciates this, we urge Hannaford to go further by working on a solution to resolve unfair work conditions and uplift essential farmworkers who sustain our dairy industry yet are left without labor protections by dairy buyers like Hannaford.”

Hannaford once more failed to respond to the Pride Center’s requests to meet with farmworkers. Yet when sponsorships became available for the 2022 Pride Parade and Festival, the supermarket requested to sponsor at the highest level of $18,000.

Pride Center of Vermont Executive Director Mike Bensel states: “We welcomed Hannaford’s sponsorship with the condition that they respond to our letter requesting dialogue with Migrant Justice about the Milk With Dignity Program. Hannaford did not address this issue; instead, they requested to sponsor at a lower level. As a result, the Pride Center will not accept Hannaford’s sponsorship at this year’s Pride Parade and Festival. We continue to request that Hannaford engage in dialogue with Migrant Justice to improve farm labor conditions.” 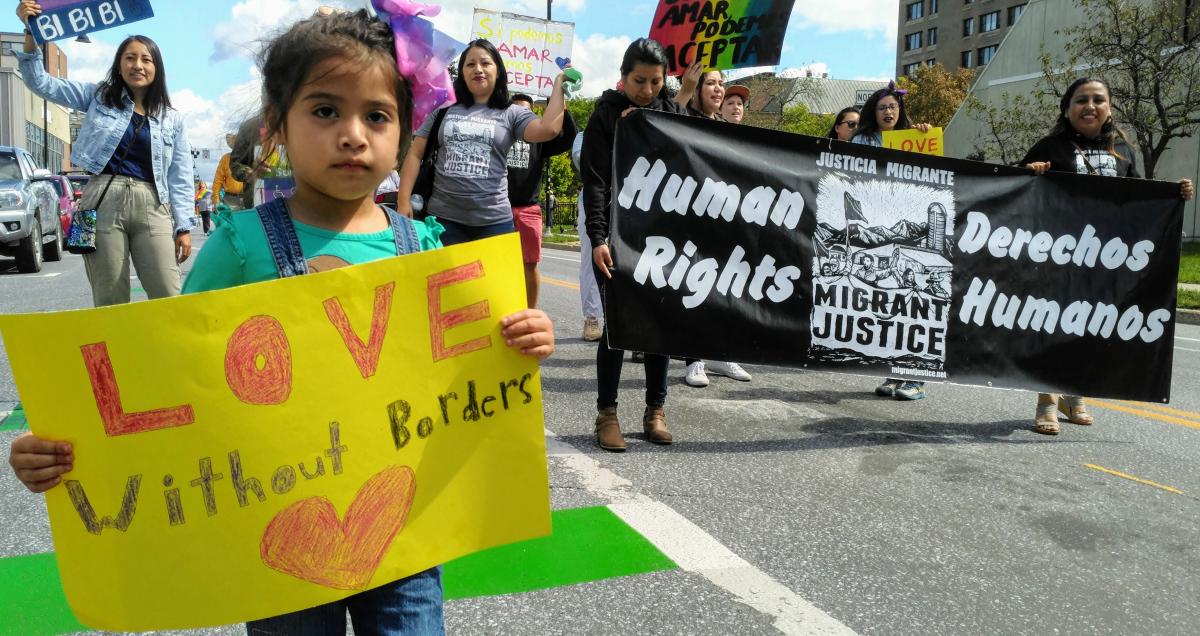 While Hannaford Supermarkets will not sponsor the event, company employees are invited to join in the Parade and Festival. They will participate alongside a large contingent of immigrant farmworkers walking behind Migrant Justice’s banner. Farmworkers in the LGBTQ+ community will lead the parade contingent and speak during the Festival’s program.

Migrant Justice member Beto Sanchez said: “As a member of the LGBTQ community, an immigrant, and a dairy worker, I want to thank Pride for this act of solidarity with our community. We look forward to standing together at the Pride Parade this coming Sunday, and beyond.”