TODAY: Make a call to support Javier and all farmworkers behind Hannaford-brand milk 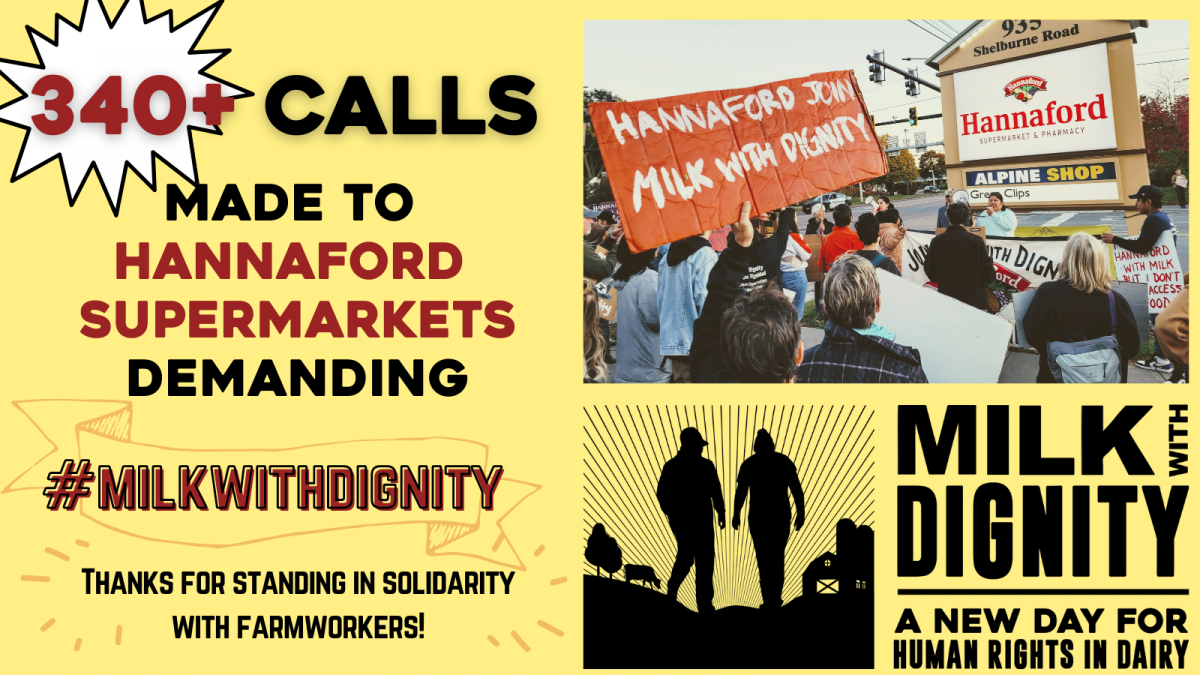 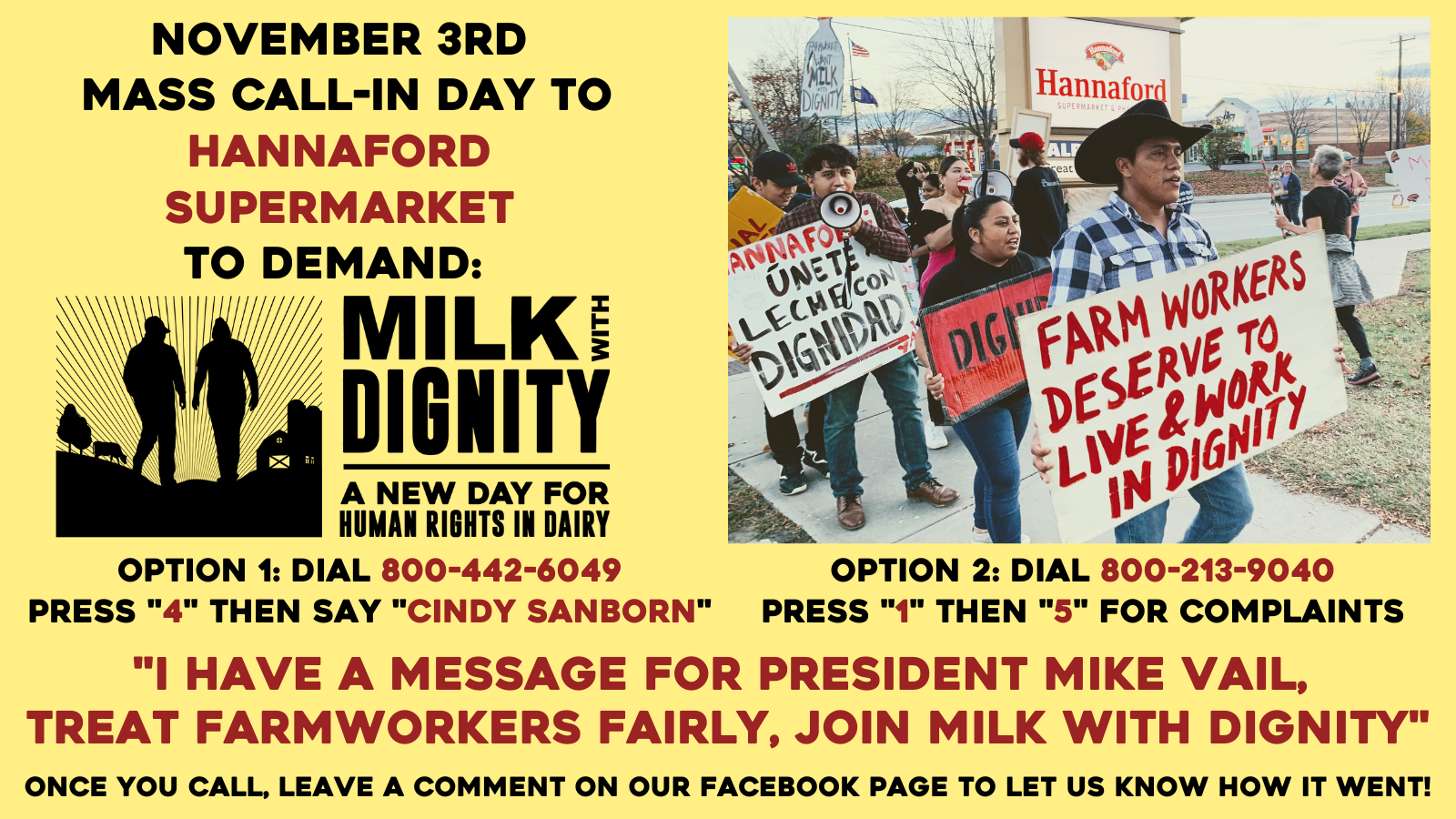 One of the leaders of the Milk with Dignity month of action was a young worker from a dairy farm in Addison County named Javier. We previously shared Javier’s story of long hours, no protections, and inhumane housing. Javier lives in a plywood apartment with a leaky roof, where he and his coworkers bathe using a bucket. His bedroom is directly above the pen where cows give birth, causing his room to shake.

Earlier this week, Vermont Public ran a shocking exposé of the deplorable housing conditions that Javier and his co-workers endure, with new details and photos.

A month ago, Javier filed a formal complaint through a hotline that Hannaford set up last year with the stated aim of protecting the rights of workers in its supply chain. He has yet to receive a response, and his housing conditions remain the same. The article contrasts Javier’s lack of protections with the enforceable rights guaranteed by Milk with Dignity, documenting new housing built under the program.

If Hannaford is sincere in its desire to protect workers’ rights, the path forward is clear: the company must join Milk with Dignity. But for them to make the right decision, they’ll need to feel pressure from the public.

Milk with Dignity call-in actions have generated over 2,300 calls to the Hannaford President's office. Let's keep the pressure on by jamming their phone lines and filling their voicemail throughout the day. Mike Vail needs to hear loud and clear that his customers expect accountability and demand action!