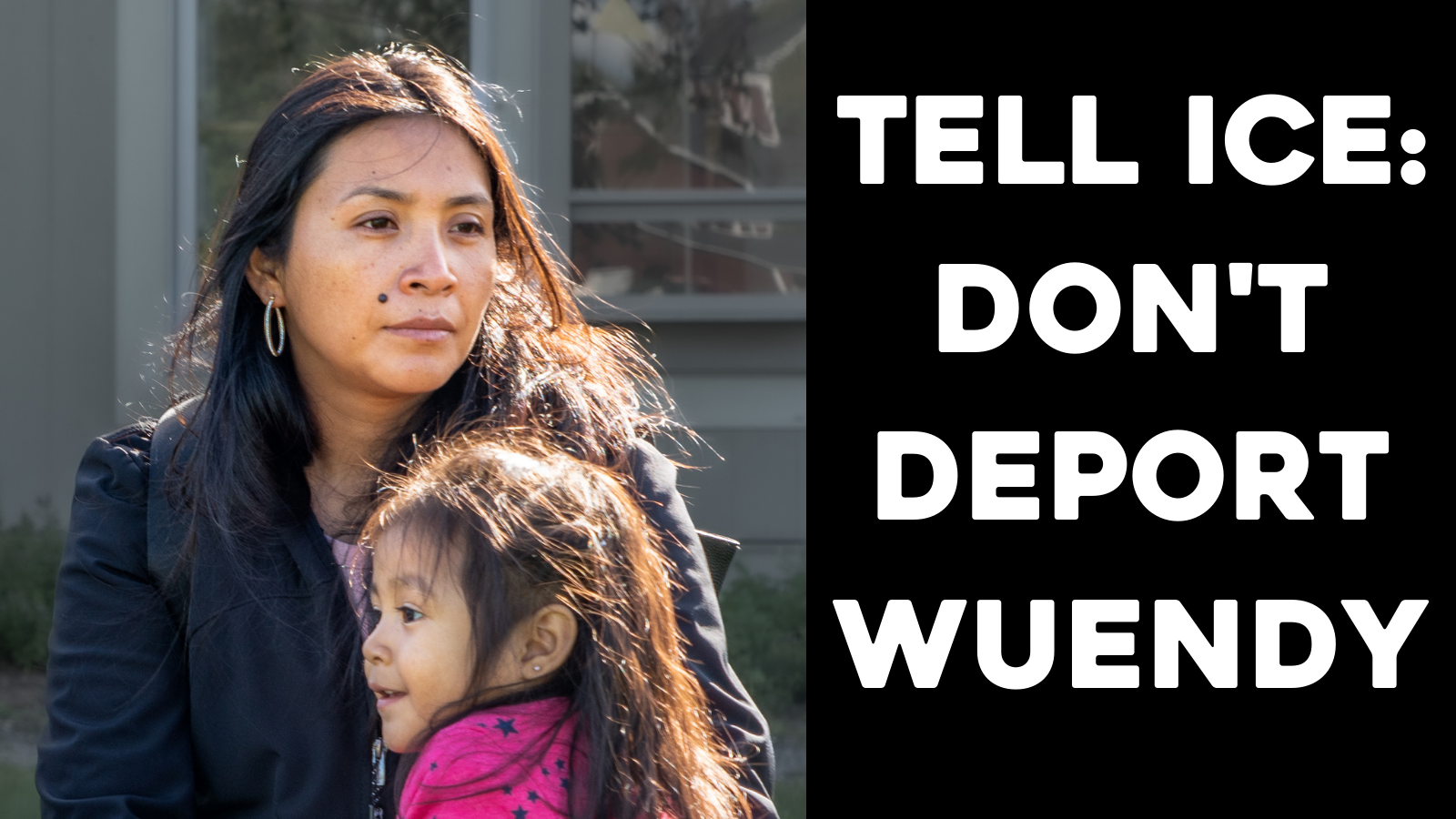 Wuendy is the primary caregiver to her five children and her two orphaned younger sisters. Her large family relies on her and would be irreversibly harmed by Wuendy’s deportation. Wuendy is a pillar in her community; the legal petition to stop her deportation was accompanied by more than 50 heartfelt letters of support from close friends, the owner of the farm where she lives, and the teachers and staff of the schools that her kids attend.

Wuendy is also a leader in the farmworker organization Migrant Justice. She has played an active role advancing the successful Milk with Dignity Program, which is protecting the rights of hundreds of dairy workers and improving working and living conditions on farms across Vermont and New York – including on Wuendy’s farm. Though she is already benefiting from the program, Wuendy has selflessly dedicated time and energy to support the expansion of Milk with Dignity so that others in her community can benefit as well. Accompanied by her family, Wuendy has given presentations and led public actions to build awareness and support for Milk with Dignity.

Wuendy’s deportation would be a travesty and a grave miscarriage of justice. She must be allowed to remain with her family and her community in Vermont. Send a message to ICE letting them know that you have Wuendy’s back.