“it was a matter of life and death:” Join farmworkers at Hannaford HQ to demand Milk with Dignity 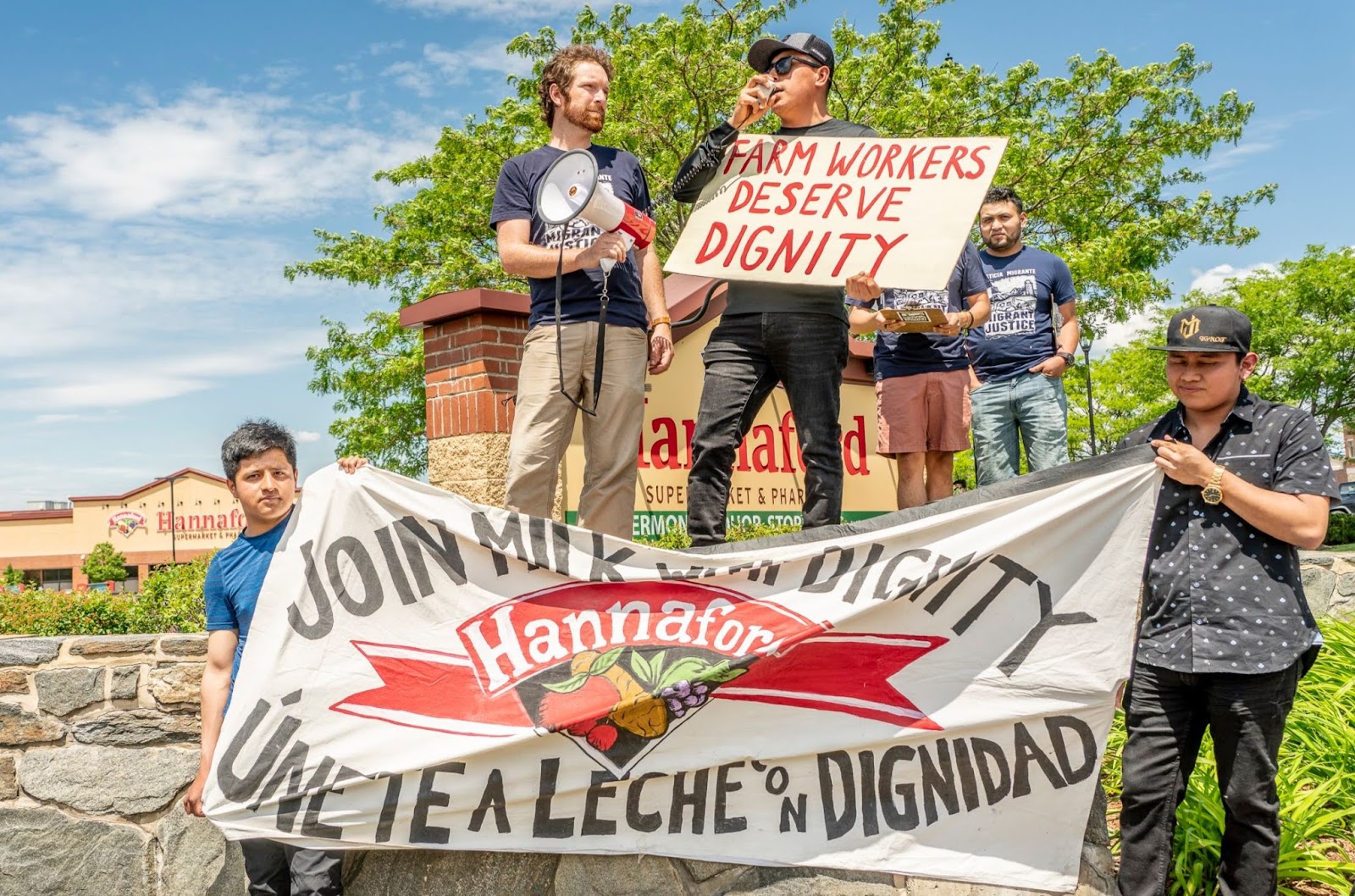 My boss got upset with us for calling the police and started taking the supervisor’s side. She fired us and told us to leave the house first thing in the morning. She said that it wasn’t fair to leave her without the supervisor or to call the police. She didn’t even ask about our wellbeing.

We carry a lot of trauma to this day and feel abandoned by our bosses. This is a clear example of violence in the workplace, of losing our jobs and housing for defending ourselves. We are now afraid to say anything in any workplace.

Hannaford and its parent company make bold claims about their ethical standards, high expectations for suppliers, and access to remedies for workers whose rights have been violated. Following the launch of the Milk with Dignity campaign, the company opened up its complaints investigation process to workers in its supply chain. And they went so far as to brag about their “due diligence review” of Hannaford’s dairy suppliers in the company’s recent Human Rights Report!

Despite the fear and trauma he experienced, Diego decided to use the complaints procedure that Hannaford is so proud to highlight in its glossy reports. On May 24th, he denounced the abuse he experienced through Hannaford’s “Speak Up Line.” Six weeks later, the case remains under investigation.

Hannaford’s absolute failure to respond to Diego’s complaint with meaningful action is proof positive that the company is utterly incapable of monitoring itself – and the most powerful argument yet as to why Hannaford needs Milk with Dignity.

In stark contrast to Hannaford’s six weeks of inaction after Diego’s denunciation, Milk with Dignity’s average complaint resolution time in 2020 was just two days! Violence and retaliation are zero-tolerance violations of the Program’s farmworker-authored Code of Conduct; any farm that treats workers the way Diego and his family were treated would be immediately suspended from the program and lose its ability to sell to any company with a Milk with Dignity agreement.

That is why farmworkers are taking the campaign for Milk with Dignity to Hannaford’s headquarters. Workers want to speak directly with company executives – and we need you to get their backs!

Pledge to rally with farmworkers on July 29th in Scarborough, Maine. And if you’re coming from Vermont, fill out this form to reserve your spot on a bus!

p.s. Whether or not you can make it, help us spread the word by sharing the action’s facebook event!

p.p.s. Questions about the action? Want to support? Join us in a zoom organizing meeting on 7/13 at 6pm