March for Milk with Dignity on June 17th

Registration is closed for this event
JOIN US On Saturday June 17th, marking the two year anniversary since Ben & Jerry's committed to join Migrant Justice’s Milk with Dignity Program, for a march winding through Vermont's iconic rural dairy landscapes and descending upon Ben & Jerry's Waterbury, VT plant and global public relations center. We kick off the march at the Vermont state house at 7am sharp and will regroup at the Waterbury Park N Ride departing at 2pm for Ben & Jerry's in Waterbury for the final rally! 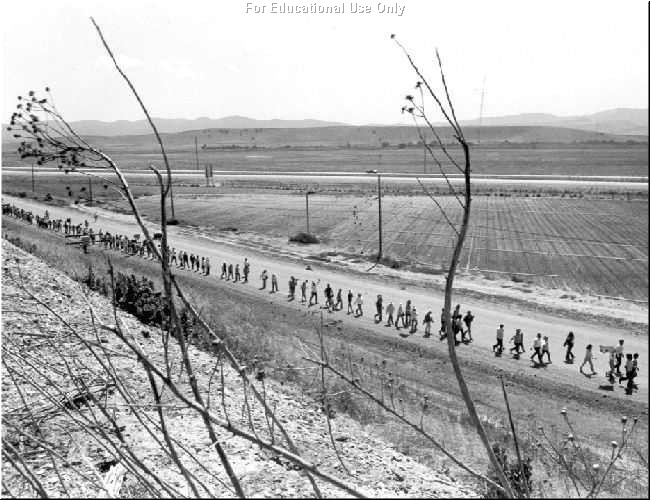 Ben & Jerry's: Join the Milk with Dignity Program Now!
Get up! Get Down! Milk with Dignity's Coming to Town!
Our Demand: Ben & Jerry's must ensure farmworkers' rights are respected in their supply chain by joining the Milk with Dignity Program, without further delay, as promised 2 years ago!
Why this action: Since 2009, when dairy worker José Obeth Santiz Cruz was killed in a bad workplace accident on a farm that supplies milk to a cooperative that supplies milk to Ben & Jerry's, Vermont dairy worker members of Migrant Justice have been educating Ben & Jerry's about serious human rights violations in its supply chain.  In 2014, VT farmworkers invited Ben & Jerry's to join the Milk with Dignity Program--a new program to ensure farmworker's rights are secured.  Ben & Jerry's committed, in the New York Times no less, to join the program 2 years ago in June 2015 and has not followed through on its commitment.
Details: Meet at Vermont statehouse at 7am. We will marching approximately 13 miles through the Vermont's iconic working landscapes, sustained by farmworkers, and regrouping with others who at 2pm at the Waterbury Park N Ride at 2pm for the last leg of the march to Be & Jerry's Waterbury Factor. Stay tuned to our website for updates.
For more information on the Milk with Dignity Program campaign click here.
Join and share the event on Facebook!
Can't come? Or do you want to donate $, food, or other resources to support the March? Click here!
Or contact us at info@migrantjustice.net or call 802-540-8370 for more information.
When
June 17th, 2017 7:00 AM through  4:00 PM
Download iCalendar entry for this event. iCalendar feed for this event.

Please help us and let your friends, colleagues and followers know about our page: March for Milk with Dignity on June 17th